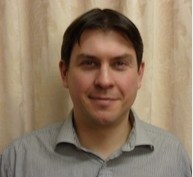 It’s with sadness that we report the passing of British juggler Ben Beever. He fell off of a balcony on Saturday and died as a result. Ben was born in 1976 and worked as a mathematics teacher and held four degrees, including a Masters of Mathematics and a Masters in Cognitive Science.

Ben was well known in the juggling world for many reasons. He was one of the innovators in the area of siteswaps and was the first person to do db97531. He was the second person to flash 12 balls on video (see video below) and was the first person to flash 12 balls in all three of the typical patterns; sync, async, and wimpy. Ben also formerly held several ball passing world records, which can also be seen below. He was the author of Siteswap Ben’s Guide To Juggling Patterns, which can be read online by clicking here. He greatly influenced modern British ball juggling style. He was also known for his love of “random juggling”, the idea of actively avoiding any repeating pattern. In addition to his juggling pursuits, Ben was well known in the world of bridge playing, having developed several new systems and conventions in the game.

Ben was much loved by those who knew him. He had a very positive outlook on life and will be greatly missed. Please watch some of the videos below showing some of Ben’s juggling achievements.