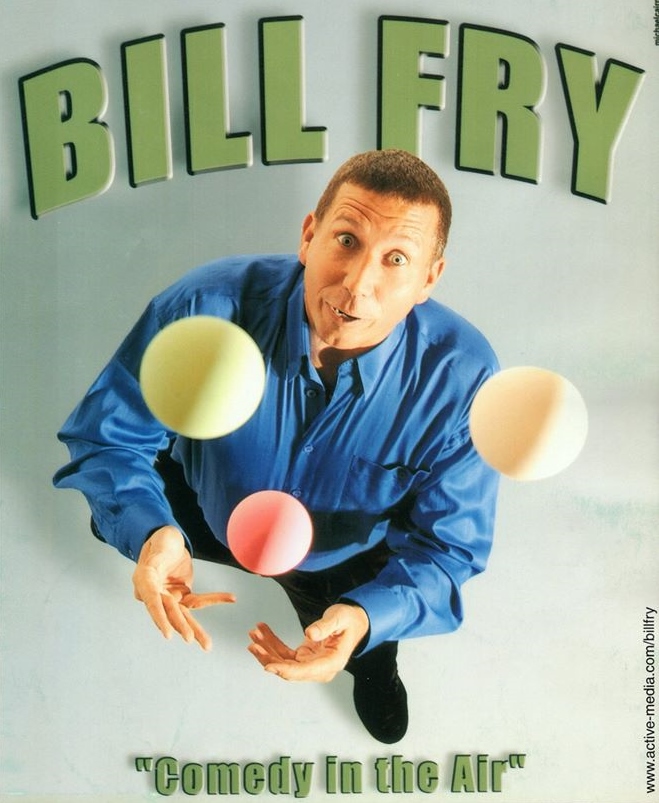 William L. “Bill” Fry passed away on November 10, 2016 at 9:50am from complications caused by alcohol dependence syndrome. Bill was born in Harrisburg, PA on June 1, 1955, but claimed Florida as his home. After graduating from high school in 1973, he attended the U.S. Coast Guard Academy, forming a juggling club and an act with a friend, Gravity’s Last Stand, showing the signs of things to come. After graduating from the Academy in 1977, Bill went to his first assignment in Charlestown, SC and completed additional assignments in St. Louis, MO and Washington, DC.

Realizing a Coast Guard career was not his dream for his future, Bill left the service after 6 years of active duty and returned to Charlestown to start his career in entertainment. Between colleges, cruise ships and USO tours, Bill kept folks laughing with his quick wit and repartee. In addition to performing with Gravity’s Last Stand, Bill also was part of the Oddballs juggling team, working with Dave Levesque and occasionally others. Bill worked as the opening act for many well-known acts, such as Rodney Dangerfield, Glen Campbell, Pat Boone, and Debbie Boone. His onstage slogan was “I’m better than I have to be!”

Bill was always willing to help new acts develop to provide the best entertainment they could, as he could always see the potential in people. He was a dear friend to many, willing to listen, provide guidance or a friendly hug. One of the many acts that Bill helped was well-known juggling team Rootberry, who won the 2003 IJA Teams Championship.

To the end of helping people, Bill and his longtime partner, Carol Studer, started a talent agency “Everything but the Mime.” Bill would see young acts with potential and bring them into the fold, then help them to develop and spread their wings so they too could enjoy the entertainment business. Carol eventually took over all the operations of the business, and it is now in its 27th year.

Bill was also a big fan of baseball. He was able to attend games at all the major-league ballparks, many of the minor-league parks and even attended the College World Series. He was a student of the game, who displayed a remarkable knowledge of the most obscure rules. In addition to his love of baseball, Bill was also a fan of tennis, both as a player and spectator. He and Carol spent many hours on the court.

NYC was also special to Bill as he loved theater and would take in several Broadway shows during their trips to the city. Bill was an active participant in the Brevard County community theater as well, dancing and singing his way into the hearts of the audiences.

Being the Renaissance man that he was, Bill also authored the book “Knot Throwing – Combining the Craft of Knot Tying with the Art of Juggling.” Only Bill would think of combining the two. 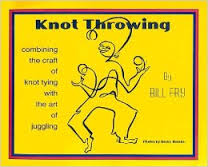 Bill also wrote lyrics for several songs, most of which still need the music written for them, but the beauty of the poetry remains.

Bill is survived by his longtime partner of 28 years, Carol Studer and his two sisters, Caroll McClimans and Sue Sidell.

A review of his act by Bill Giduz appeared in a 1990 Juggler’ World magazine. You can read it below.

“Bill Fry “Comedy in the Air” showed during a recent North Carolina appearance why he’s so popular on college campuses. Appearing in a crowded, small, very low-ceilinged room at Lenoir Rhyne College, he kept the audience yucking and guffawing for a full hour.

You might not call it an artistic juggling show, but there’s certainly an art to successfully entertaining an audience weaned on MTV and sitcoms. Fry keeps them enraptured with manic comedy, rattling off one-liners and yanking sight gags in rapid-fire succession out of a packed suitcase. The cornier it got, the more the audience loved to hate it. How about an introduction to a box routine where he talked about his favorite two Williams – Shakespeare and Fields – who said, “All the world’s a small liberal arts college in the South and if you aren’t wasted the day is!”

But in between those bits of belt-level humor, the show contains some routines whose development has obviously cost Fry a great deal of mental energy. Following its sophomoric introduction, his box routine turned into a group of visual puns set to a Shakespeare-inspired original poem.

The “Eight Days of Christmas” routine takes a lot of on-stage energy, as Fry dons a Santa cap and gets the audience to sing along with the familiar tune as he juggles: a chicken in a pear tree, two canes a-spinning, three sharp objects, four fruits a flying, five gold rings (a natural for jugglers), six scarves a soaring and a 7-Up can. The eighth day disappeared somewhere!

Other material in his deep bag of tricks included juggling clubs off of various parts of his body called out by audience members, and presidential imitations with three ball tricks. Reagan does shoulder throws from the right and falls asleep on stage, Nixon does fake shoulder throws and Gerald Ford takes a pratfall while trying to do a shoulder throw.

Fry is a very talented technical juggler, as well as a likable stage persona. Another high point of the show was a very skilled top hat routine, set only to the “oohs” and “aahs” of the two halves of the previously divided and coached audience.

He involved audience volunteers throughout the show. In one routine, he stood on his head and juggled scarves upside down as a member of the audience held his legs in the air. He got a lot of time and comedy out of passing clubs with three volunteers, explaining that he missed the team juggling he enjoyed as an original member of the defunct team Gravity’s Last Stand.

Fry is well-known in the college market as a long-time member of the National Association for Campus Activities (NACA). He had booked 15 shows in the spring and said he had a good start on the fall. In between, he was looking forward to returning to his home in Charleston, S.C., for its annual Spoleto Festival. Fry acts as street performing coordinator for the Piccolo Spoleto part of the event. For a month each summer, up to a dozen performing friends from around the country descend on his house for communal living, socializing and street work. Fry and several others regularly perform on the streets each year as the Oddballs.”

Here is a brief statement by Jonathan Root of Team Rootberry. “I met Bill Fry in 2003 during the IJA festival. He said he was retiring from juggling and needed an act to replace him. Little did I know that his career spanned three-decades, had brought him to almost 50 countries, and 500 different colleges over his career. One time Bill was performing for a group of new doctors, he was doing his Body Parts routine where he’d request that the audience call out a body part and he’d juggle off it. Almost simultaneously he received both a request for scrotum and rectum. He paused and said, “Well which one is it? Scrotum or rectum? Because there’s a Vas Deference between the two.” Bill was quick witted and the best storyteller I’ve ever met. He entwined his love of art and theater into his show creating original and thought provoking acts; he was passionate about surfing, politics, equal rights, and theater. In retirement he performed with community theater groups in Florida, still pushing himself to learn and improve. His love for baseball and his knowledge of the game was infectious and the world is a less funny place because of his absence.”