With Enrico Rastelli’s world-wide fame during the 1920s, it’s no wonder that other jugglers would try to emulate his style. Two young jugglers of the time attempted to do just that. Their names were Bob Ripa and Paolo Piletto.

Bob Ripa was a Danish juggler, born Eyvind Hansen in 1913 to juggler parents. By the age of 15, he was performing in top European venues. He performed statue tricks, and with ball and mouth stick, plates, and sticks in the style of Enrico Rastelli. Even though he was highly skilled at juggling and was very successful, he told performing peers that he hated juggling. He was killed in a plane crash in 1943 while he was on tour entertaining United States’ troops during World War II. You can see some photos and a video of Bob Ripa below.

Paolo Piletto was born Paul Pickelmann in Germany in 1900. Originally an acrobat, he performed with Enrico Rastelli in 1923 and was inspired to take up juggling. He made his debut in 1927. Known as The German Rastelli, he performed ball and mouth stick work, statue tricks, combination tricks, and was able to bounce three balls using just his head. He performed until the late 1950s and passed away in Norway in 1976. 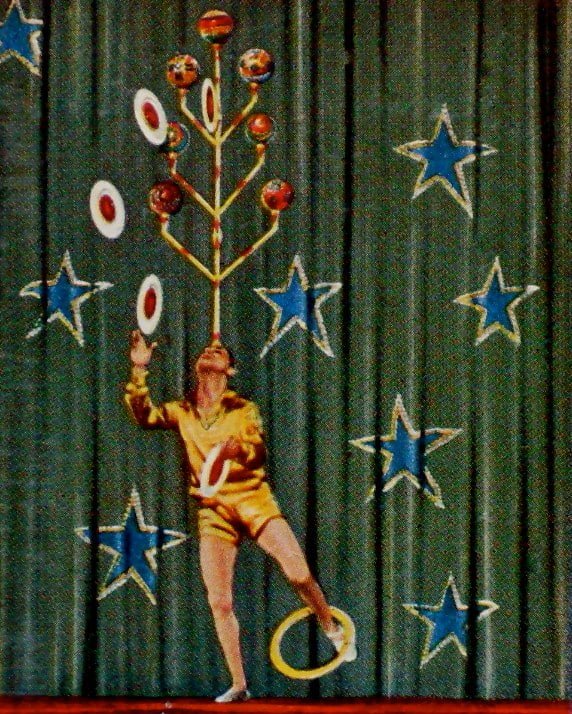 Unfortunately, there is no known film of Paolo Piletto.