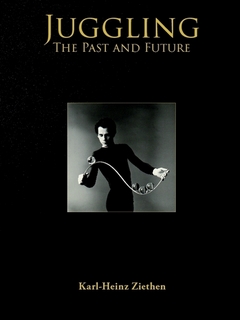 Karl-Heinz Ziethen’s long awaited book, Juggling — The Past and Future, is a new, extended edition of his previous double volume juggling history book 4,000 Years of Juggling, which was published in 1981. In this new book’s 596 pages, there are 1063 archival photos, many of which have never been published before. The task of publishing this book changed hands several times, with Niels Duinker acting as the final publisher.  The cost of the book is $197.00 plus shipping. You can visit https://jugglinghistory.com/the-book/ to order the book and to learn more.

There is a great deal to be happy about regarding Juggling – The Past and Future. It is a vast improvement over 4,000 Years of Juggling and is without a doubt the most comprehensive book ever written as an overview of juggling history. Attempting to write such an overview is a very daunting task, which is why I (David Cain) choose to write my juggling history books with a focus on more narrow subjects. Mr. Ziethen should be commended for persevering at such a monumental mission.

As juggling historian Erik Åberg points out in his foreword of the book, Karl-Heinz Ziethen is almost solely responsible for preserving the vast majority of the knowledge of juggling history that we have today. This was especially true prior to the internet age, but even with the resources we now have online, the information and photos accumulated by Mr. Ziethen in this book are of tremendous value. Despite being one of the other top juggling historians in the world and the author of 7 juggling history books and hundreds of articles, I found myself discovering new information and insights with almost every page.

Unlike 4,000 Years of Juggling, this new book is well-organized and contains a very welcomed index, which was lacking from the earlier work. The layout of Juggling – The Past and Future, which was created by Karen Holzman, is beautifully done. In fact, the book as a whole is very well put together and very professional in quality, from the hardcover to the paper quality. The photos, both color and black and white, look great.

The Not So Good


While Juggling – The Past and Future is a tremendous resource for anyone who cares about juggling history, it is not a perfect book. This nearly 600 page book contains a couple dozen typos, which is to be expected considering that it was written by someone who is not a native English speaker. A more glaring problem to me is that the text is often quite out of date. Often, a juggler is spoken of as still performing when they have actually been retired or dead for a decade or more. It is well known that Mr. Ziethen worked on this book for several decades, but a little more care to make sure that the text was up to date would have been wise. I think some of these issues stem from the multiple publishers and editors that the project went through over the decades.

There are also around ten instances where I found factual errors in the text. The most important of these are the following: 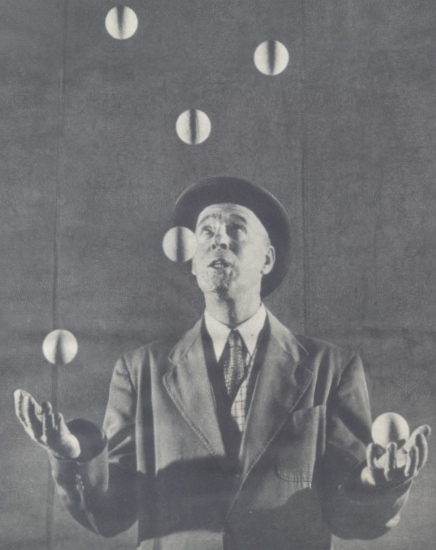 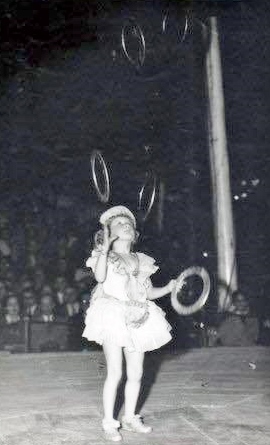 As one reads Juggling – The Past and Future, it’s clear that the author is somewhat European focused and especially knowledgeable about German jugglers, particularly those from Berlin. However, at times I found myself desiring a bit more geographical balance.

The last concern with the book is that although it includes “the future” in its title, the reality is that it really doesn’t contain much information from the last ten years of juggling or so. It does mention Jay Gilligan, Wes Peden, Erik Åberg, Niels Duinker and some other current jugglers, but many of the top jugglers of the past decade or so are missing from its pages. It is my understanding that Mr. Ziethen does not spend much, if any, time on the internet, so his knowledge of current juggling is limited.

It is my hope that future editions of this work will address these minimal concerns.

Despite these errors and concerns, 99.9% of the book contains useful and invaluable insight into our history. The book’s good points far, far outweigh its problems. If you care about juggling history and want the best overview ever written on the subject, look no further. There may never be another one volume overview of our history written. Karl-Heinz Ziethen has said that this is the culmination of his life’s work. While the book is a bit costly, it is well worth the money. It is much cheaper, yet much better, than 4,000 Years of Juggling, which is still much sought after. So considering all of these things, I highly recommend that you get yourself a copy.