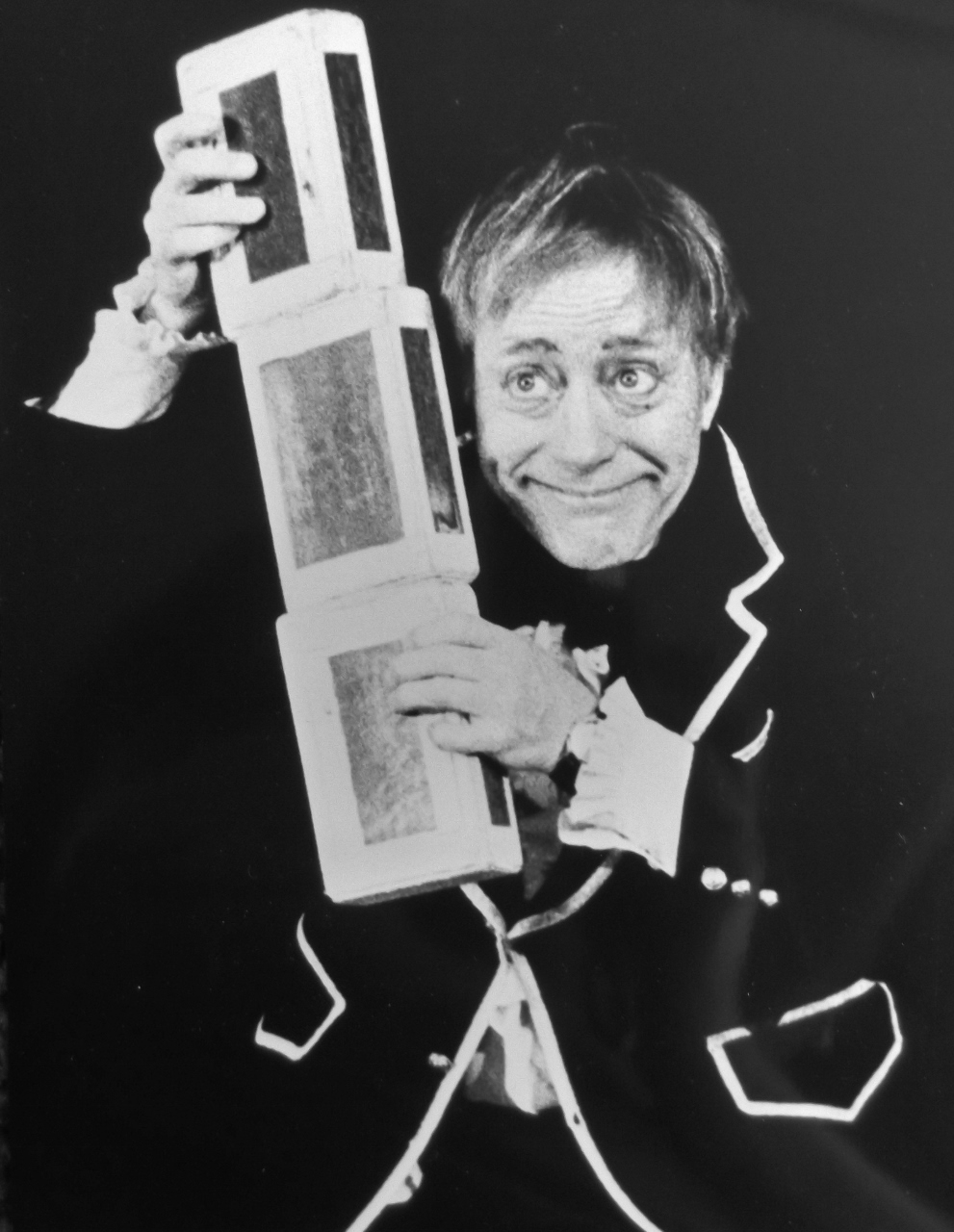 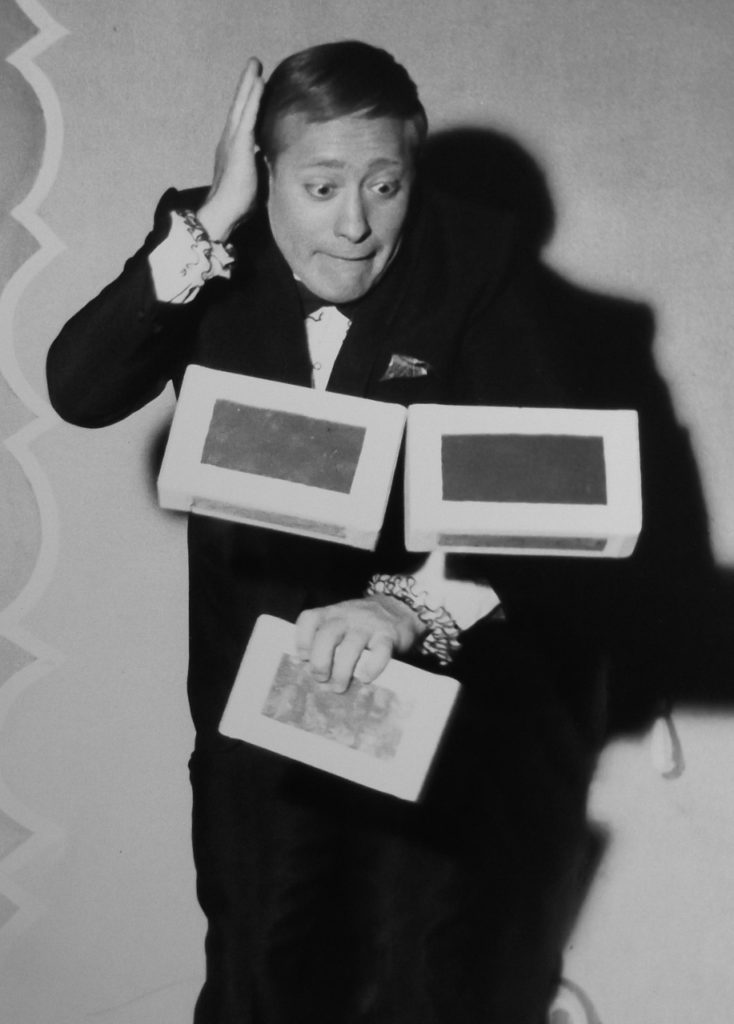 One of the most popular old school jugglers that modern performers have discovered in the past few years was Gil Dova. It is with great sadness that I have to report that Gil passed away on July 15th, 2016 from Parkinson’s disease. His rare mix of hilarious character, refined performance, first-rate comedy, and skillful juggling made him one of the finest acts starting in the 1950s and continuing into the 1990s. Below are two videos of Gil’s act. The second video features film from two of Gil’s performances that have not been online before now.

Gil Dova was born Gilbert Spah on September 5th, 1932. He was the son of the well-known vaudevillian acrobat and comic daredevil Ben Dova. The elder Dova was a survivor of the Hindenburg disaster, and 5-year old son Gil was a first-hand witness to the event as he waited for his father to arrive. 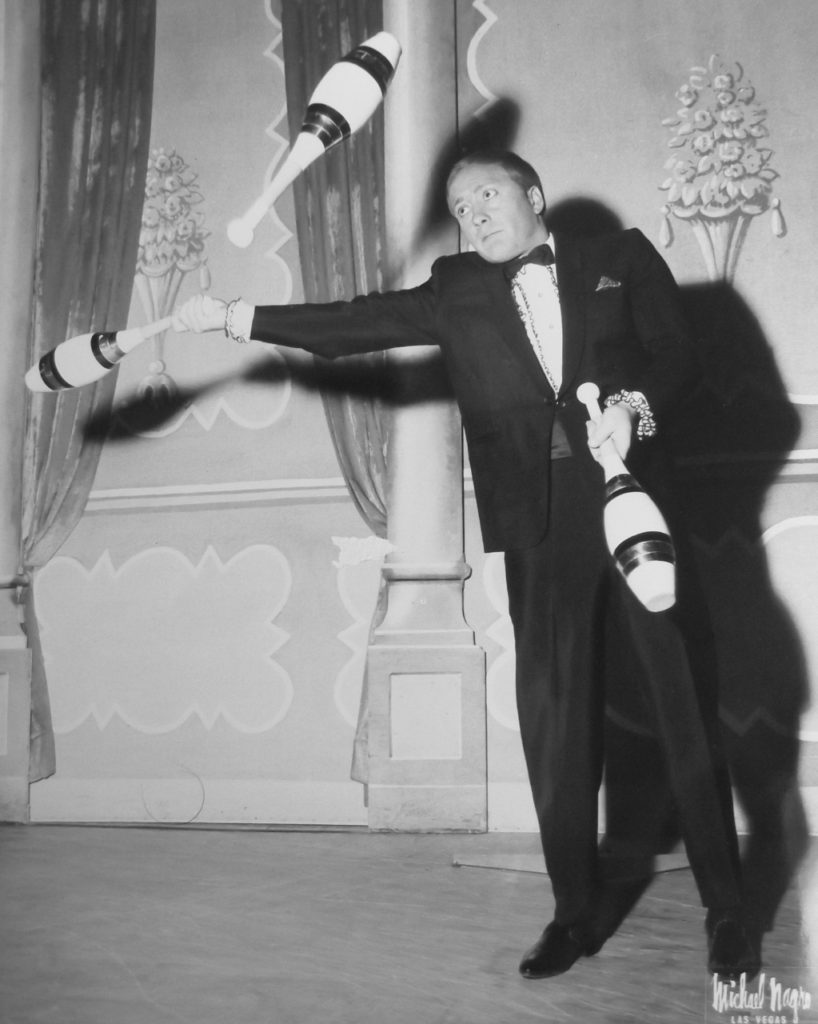 Gil would eventually make a name for himself with a comedy juggling act which used physical comedy highlighted by his funny looking bulging eyes, contorted face, and dim-witted “fool” character, all while performing superb routines with three balls, three clubs, and three cigar boxes. The cigar box routine was performed while perched above the ground with Gil standing on a fourth cigar box. Watch the above videos closely and remember that he performed that entire box routine while standing on that tiny box – often on one leg. Gil and his wife Regina

Gil toured the world with the act, appearing in circuses, numerous Las Vegas casinos, and prestigious International showrooms. Gil was on television many times, including a 1962 performance on The Ed Sullivan Show, and a broadcast in December 1966 when The Andy Williams Show aired his “Christmas on Ice” act. Late in his career, he played a juggler in the 1995 film Casino. Gil also did USO tours. 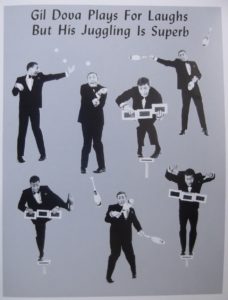 Gil was married to Regina Baranton, a famed French antipodist (foot juggler) and lived in Las Vegas, Nevada. He no longer juggled in his last decade or two due to Parkinson’s disease. Over the past year, my brother Scott Cain and myself had the pleasure of corresponding with Gil. He even donated some props to the Museum of Juggling History.  You can see his donations below. 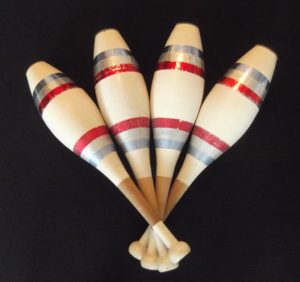 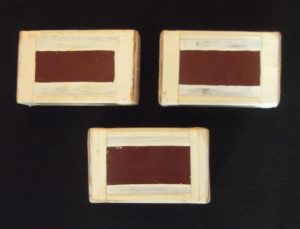 Gil was one of the inspirations for Tommy Curtin to create an act for ice skating shows. Gil was a great admirer and friend of Bobby May, who had worked with Gil’s father. Bobby coached Gil and helped him book his act as well. Gil also gave tips to Dick Franco when he was starting out as a professional performer. Our condolences go out to Regina and the rest of Gil’s family. Below are a few more photos that Gil sent to me not long ago. 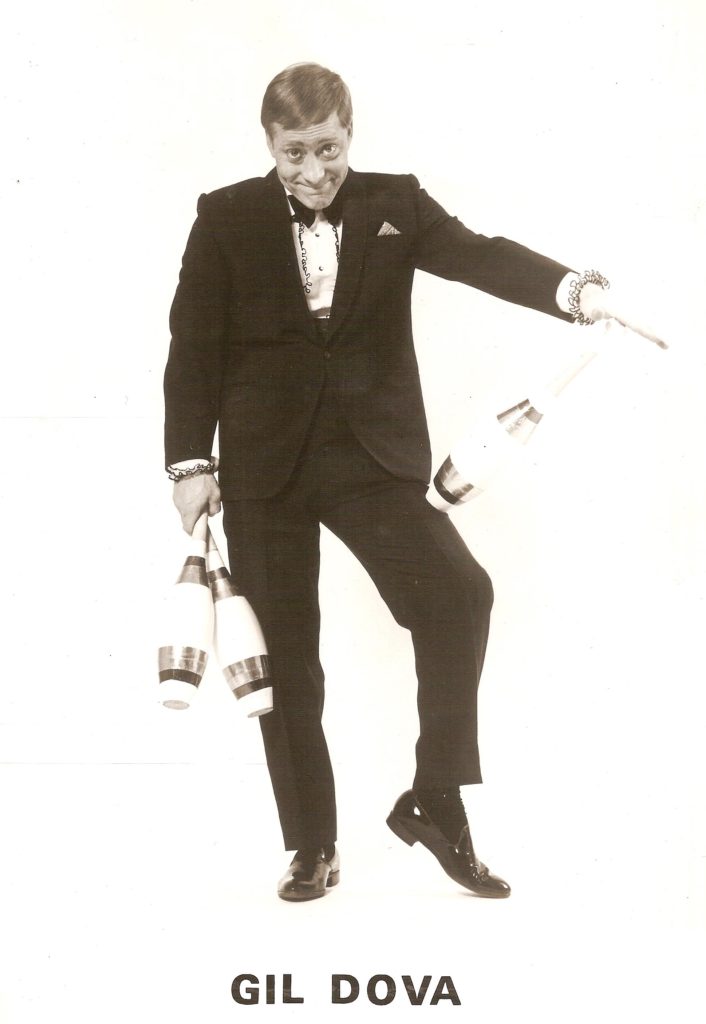 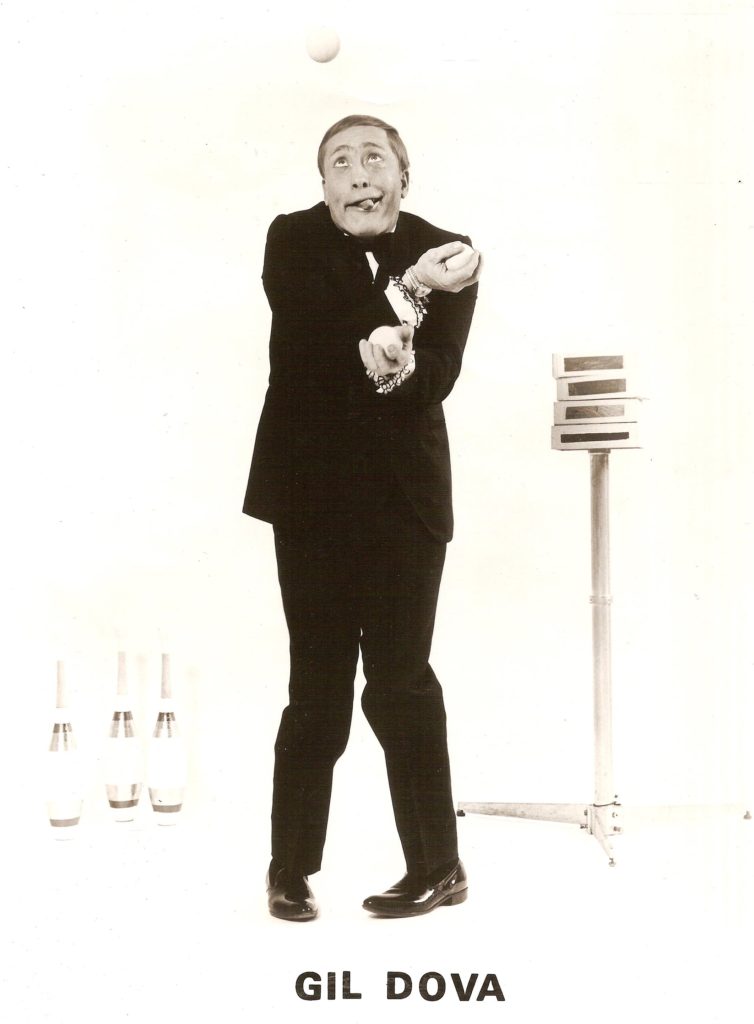 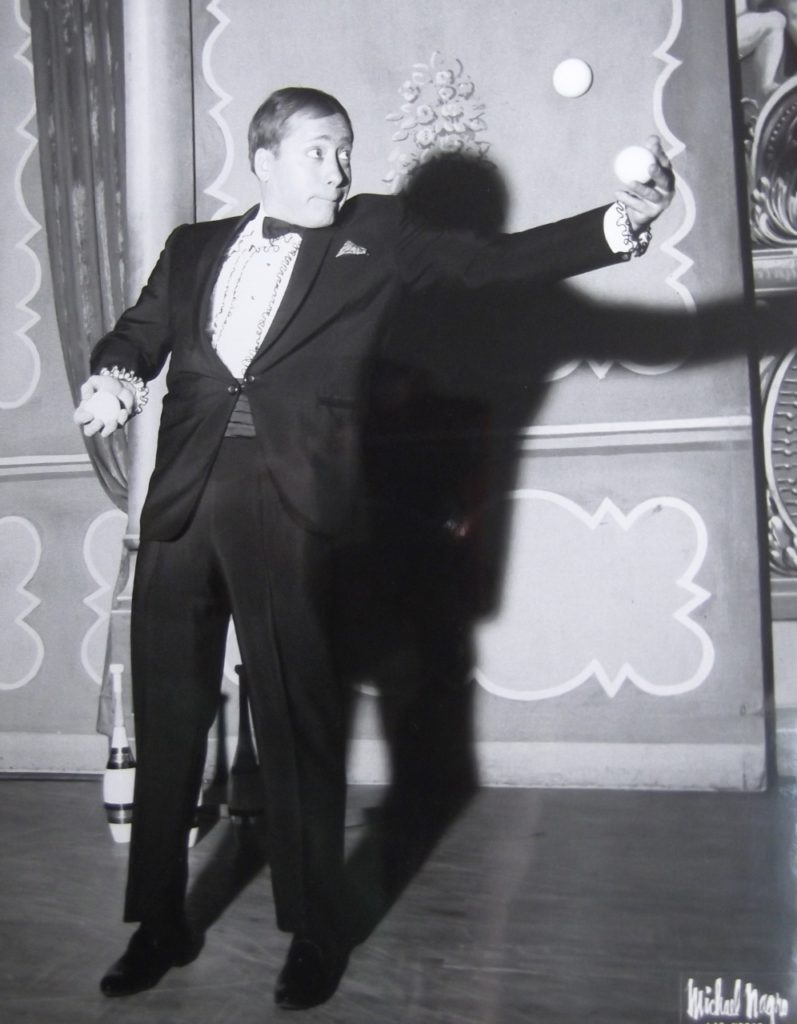 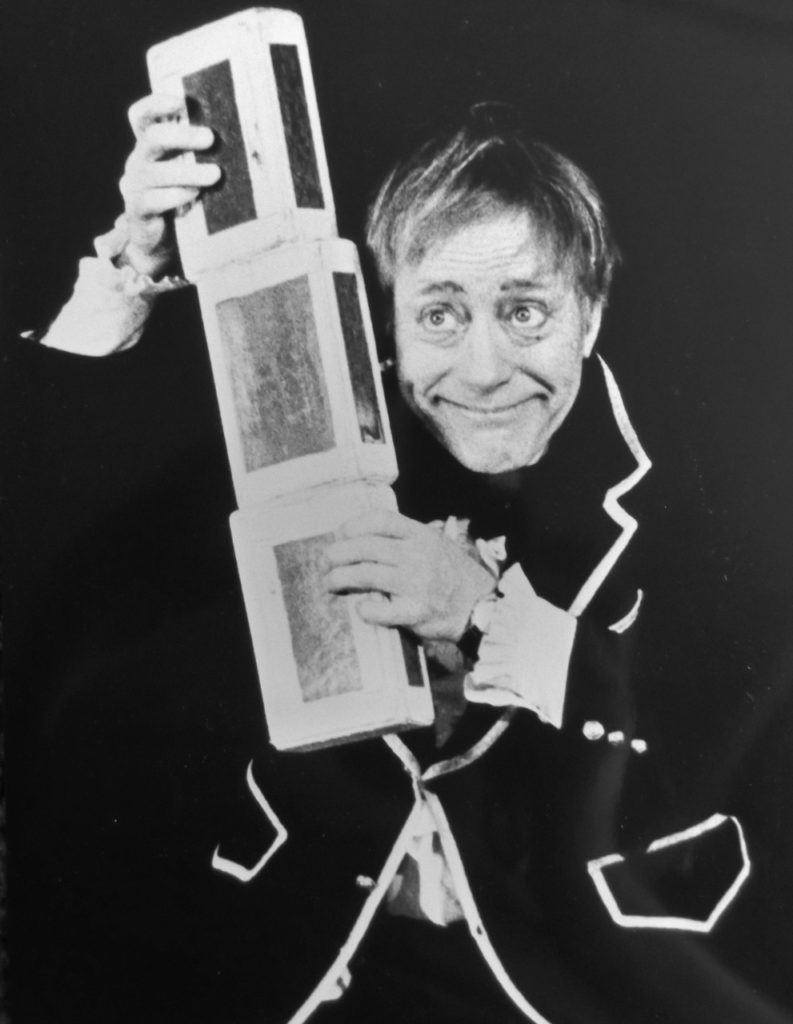