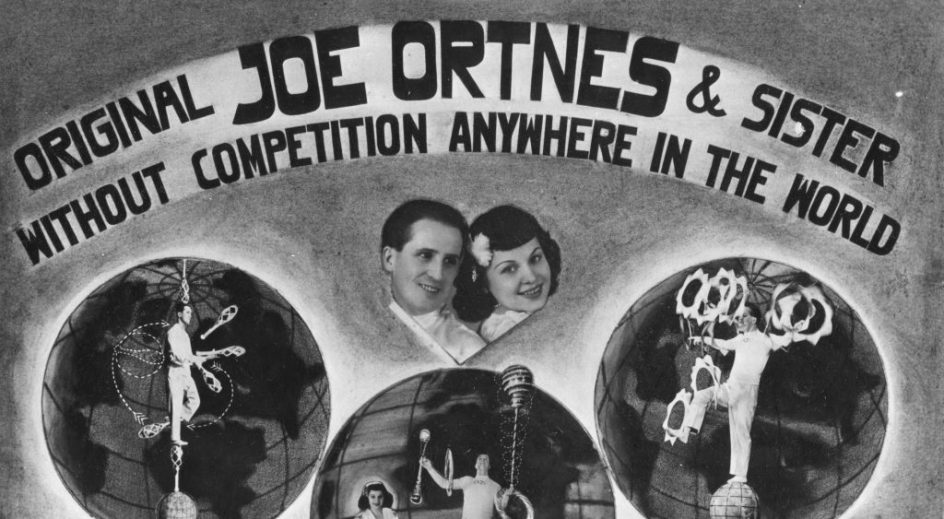 Recently, some jugglers have taken to practicing juggling on a small, stationary platform such as a chair to demonstrate control of their juggling patterns. This “isolation” juggling has even been integrated into some WJF competitions. But long before the WJF was founded or anyone used the term “isolation juggling,” Joe Ortnes was a master at the skill.

Joe Ortnes was from Linz, Austria. He began his performing career in 1922 and was a popular act for almost 40 years. Ortnes was a big sensation in 1938 at the 50th anniversary show at the Wintergarten variety theater in Berlin. He was assisted by his sister Gerti during much of his career. Although we have many photos of him, little more is known about Joe Ortnes. The photos below show the three tricks he performed. One trick consisted of Joe juggling four clubs or wine bottle clubs while balancing a club on his head and standing on a sixth club. He would do cross-legged kick ups with the four clubs. In his older years, he stood on a stool rather than balancing on a club. A second trick featured Joe spinning hoops, which were sometimes shaped like stars, on his limbs and on a mouth stick while standing on a small platform. His third trick was a combination trick that evolved  and changed over time, but that was usually performed while standing on a spherical pedestal or seated on a stool. From what I have found, it appears that his act consisted of just these three tricks / routines. I encourage you to click on the photos below, especially the montages, to see larger versions. This will allow you to see the various versions of these tricks that Joe Ortnes performed. 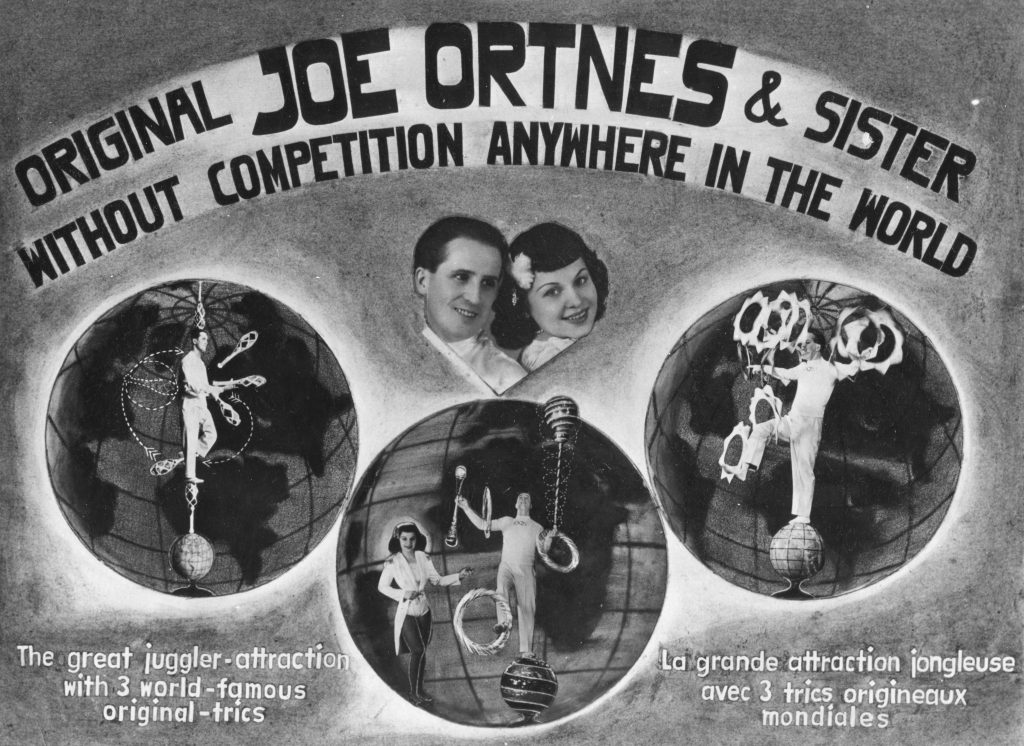 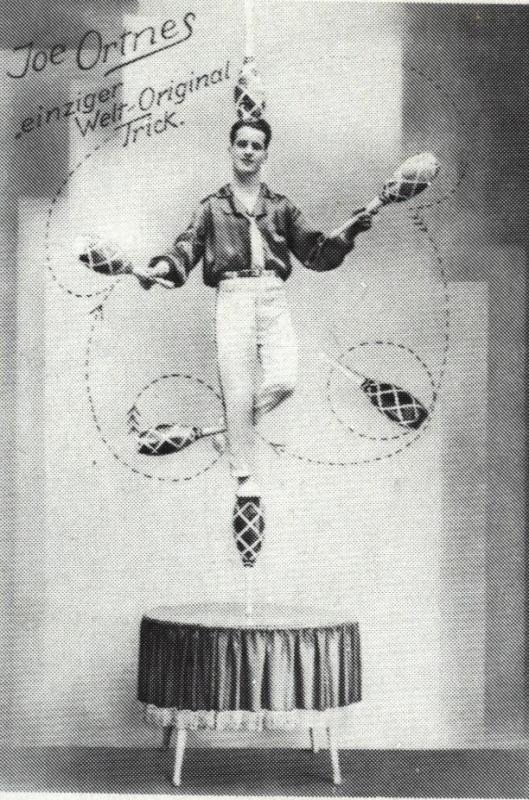 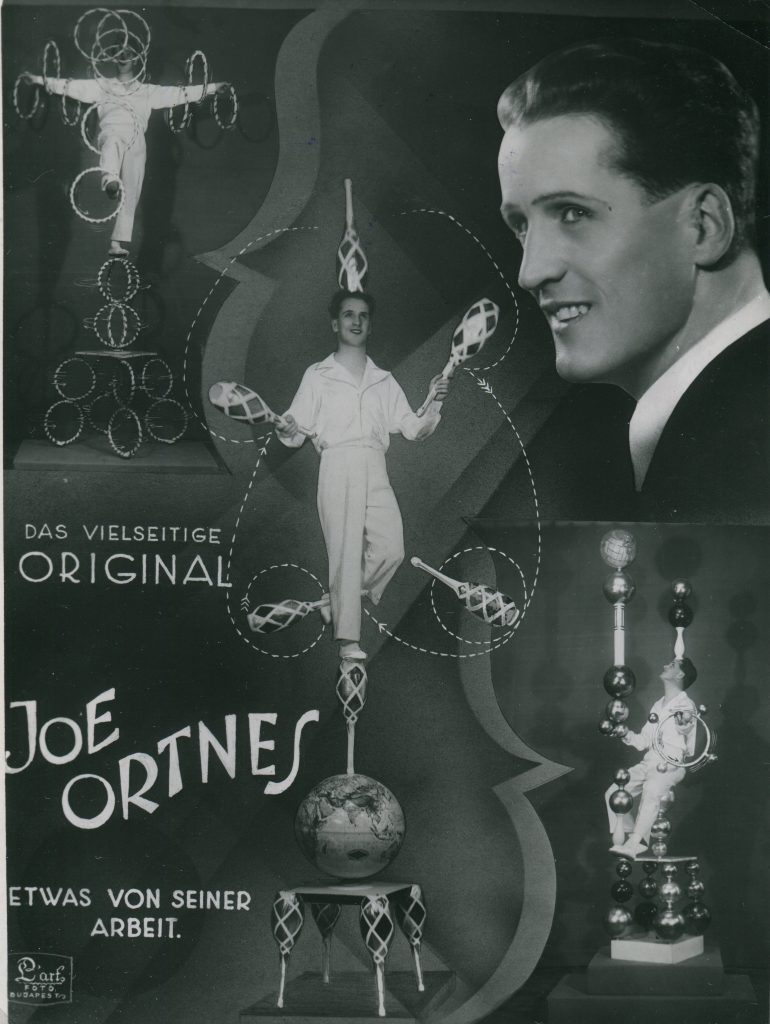 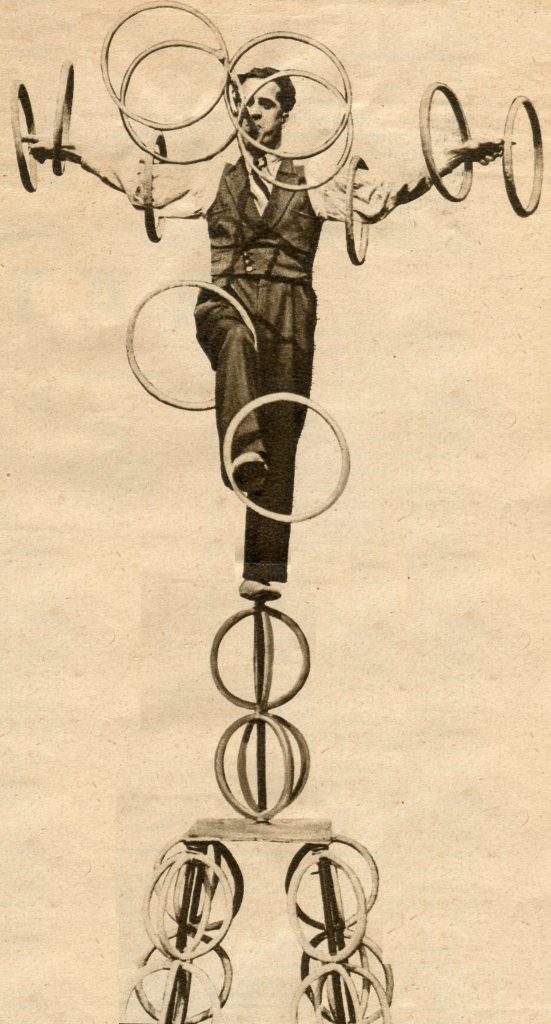 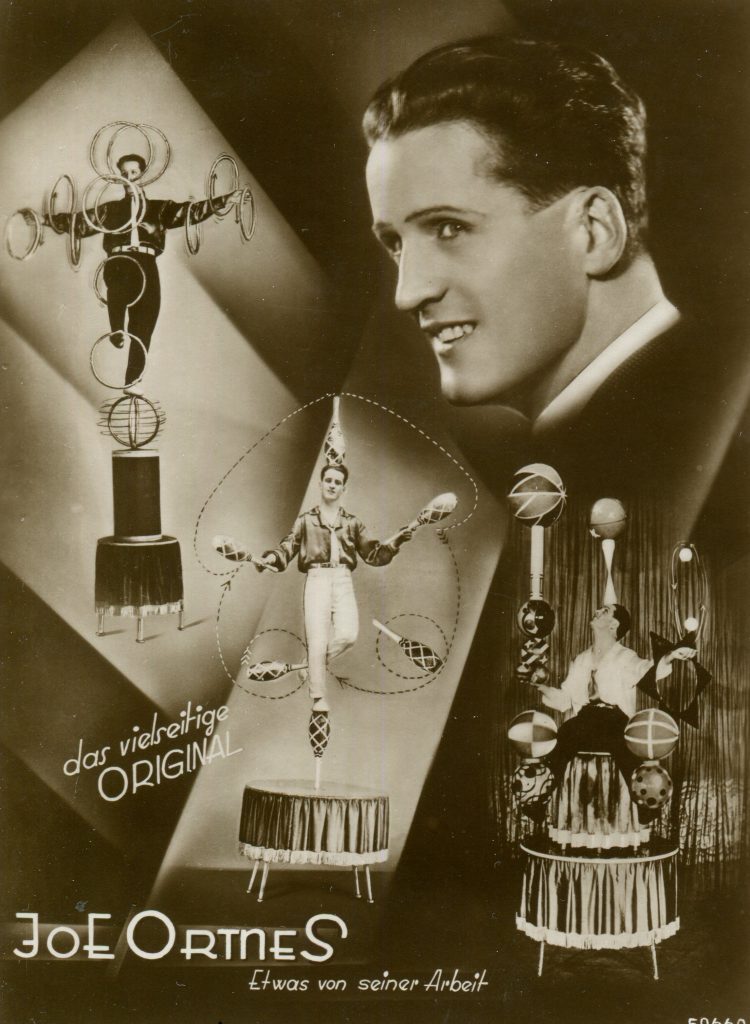 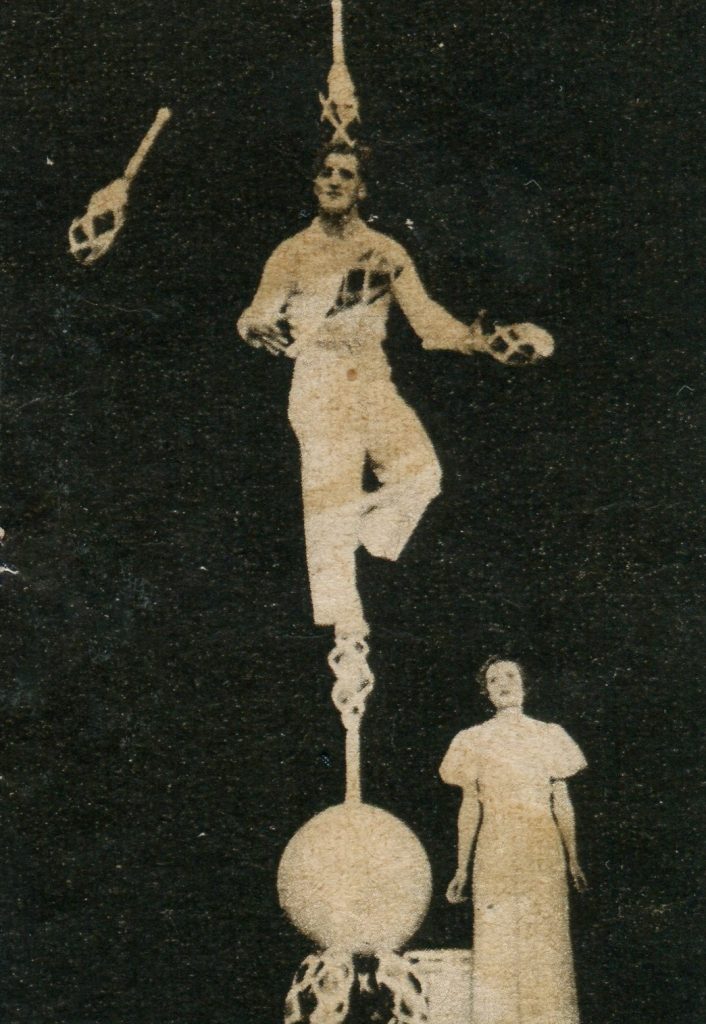 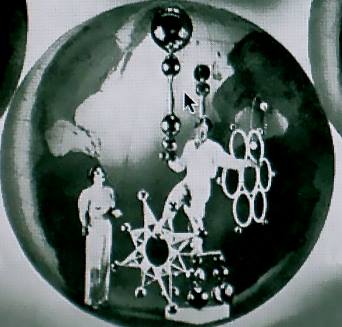 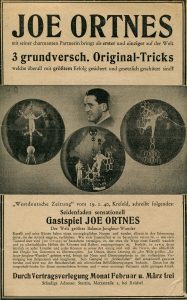 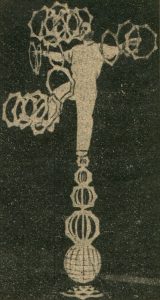 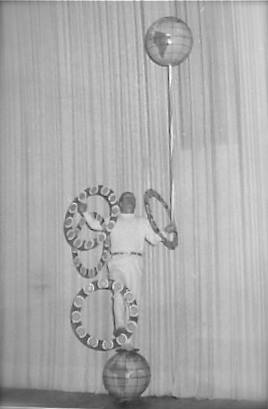 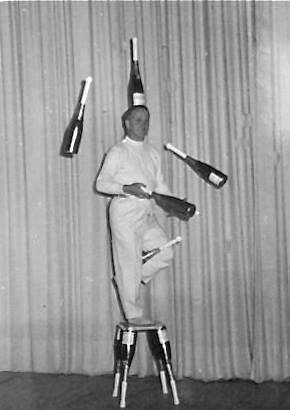 If you know anything more about Joe Ortnes, I would appreciate hearing from you.