As I stated a month ago, I was recently asked what my real name was by a magician. I told him David Cain was my real name, although I admitted that in day to day life away from the juggling world, I generally go by Dave. Nevertheless, he was surprised that I had been born with such a “stage-ready name”, as he called it. His real name was very hard to pronounce and spell, so he went by a stage name, as is quite common in the world of show business. Many of the most famous acting and music stars are not known by the name on their birth certificates. The same is true, to a lesser extent, in the world of juggling. This was especially the case in earlier times. The magician’s question got me thinking about jugglers’ stage names. A month ago I decided it might be fun to put together a quick little game for the juggling community to play and today eJuggle is publishing the results. Below are the real names of well-known jugglers, followed by their stage names. I’ve also included several photos of some of the jugglers that haven’t been published online before, as well as a few that have. 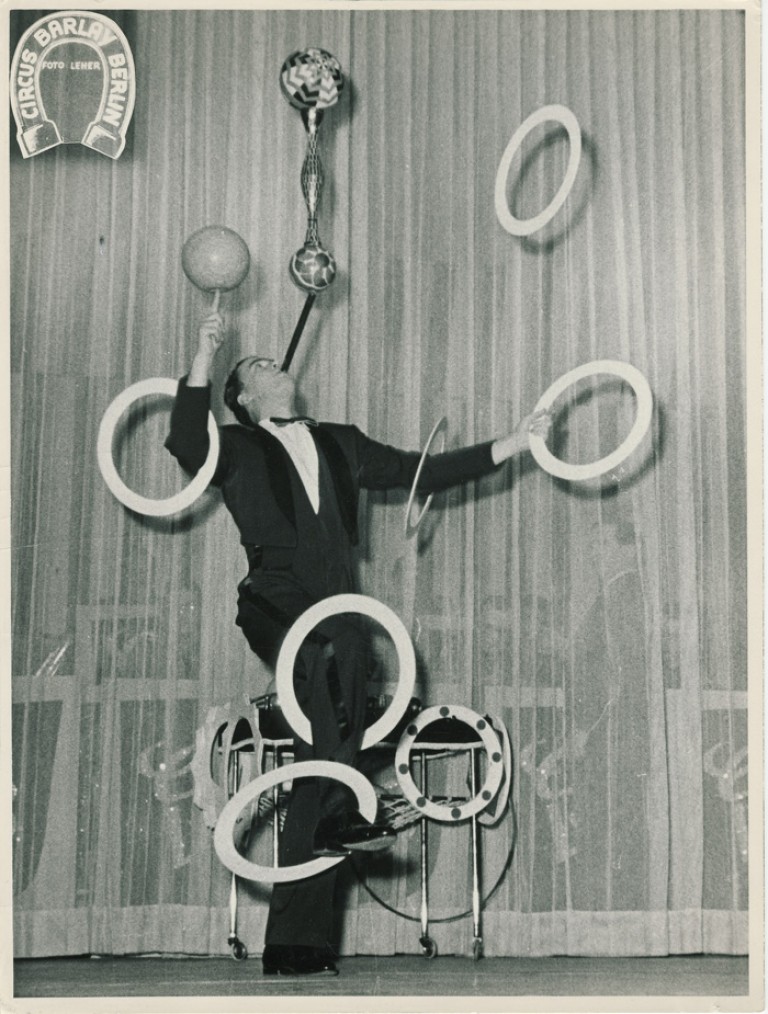 The winner of the contest was Robin Gunney, who got all the answers correct on the very first day. Congrats, Robin.