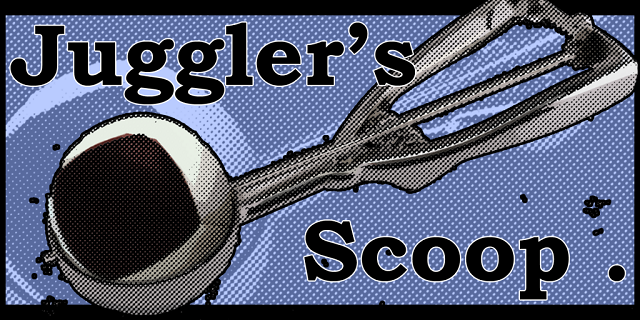 –  The Flow Arts Institute explains the concept of anti-spin.

–  Kellin Quinn’s new video is like Jam on Jelly.

–  Bri Crabtree does some hat juggling in the morning.

–  All of the 2013 diabolo.ca videos of the week have been compiled together.

–  Haavard Hvidsten has some digressions and goes on a clubs spree.

–  Marcus Monroe talks to Broadway Box.  He has also started his own podcast.

–  The World Juggling Federation has begun to announce the competitors in the Intercontinental Championship.

–  Wyatt Davis shows off some club manipulations that he has been working on.