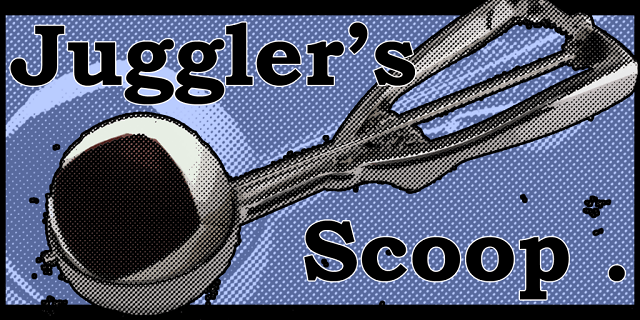 Juggler’s Scoop is a monthly collection of the latest juggling videos and news bits from around the web.  Here’s the latest scoop!

– Footage from 1948 of Francis and Lottie Brunn performing at the Eiffle Tower has recently made its way online.

– Keith Nelson of the Bindlestiff Family Cirkus was interviewed about his thoughts on the upcoming ‘IT’ movie.

–  Anthony Trahair is selling ‘Pearls of Juggling’ merchandise to raise funds to travel to the IJA festival.

– Juggling Historian David Cain weighs in on the club vs. pins debate.