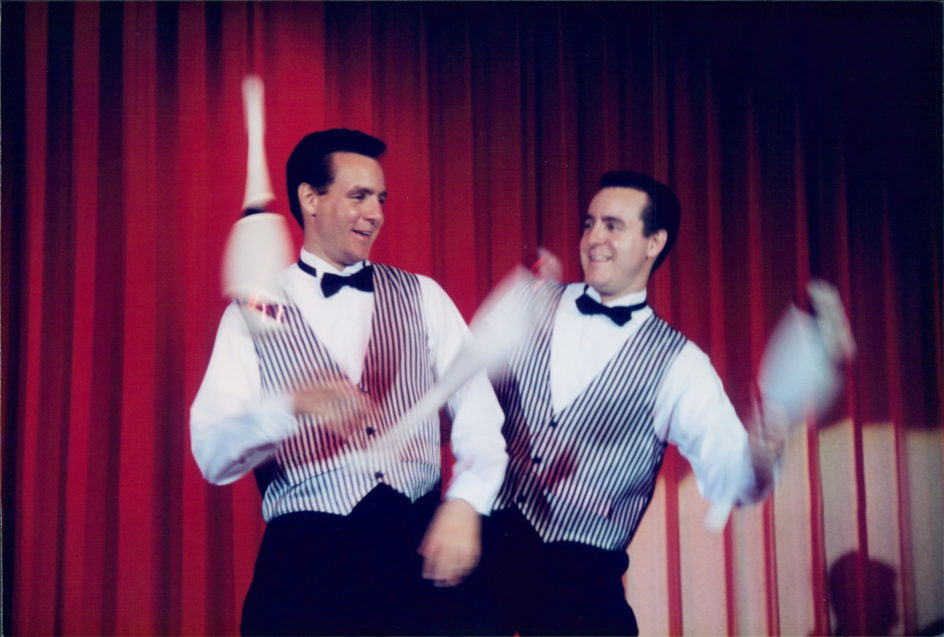 As a middle aged juggler (45), I have some years under my belt as a juggler, performer, and attendee of IJA Festivals. My first festival was in 1985 in Atlanta. I only attended for a day, but it was enough to know that I wanted more. It was also around this time, and just before, that I started reading about various jugglers. In those days, before the internet and youtube, we got our news from Juggler’s World magazine and from attending festivals (regional and annual IJA). In subsequent years, I got to see and learn about many wonderful and impressive jugglers that helped to form the juggler that I am today. Many of those jugglers who were “big” in the 1980s and 1990s during my formative years aren’t much in the public eye any longer, or at least not ones that we see at IJA fests nor read about online much these days.

I thought it might be interesting to try to get updates on what those jugglers are up to now, and what they’ve done since they were well-known and often seen performers from this point of view. Thus, I’ve started a series of articles entitled Jugglers – Where Are They Now? Every three months or so, I’ll feature a few jugglers and give an update on what they are up to. If you have a juggler that you would like featured, drop me an email at scottcain@hotmail.com. If you know anything about what they’ve been up to, or contact information, feel to share that, too, if you have it.

My first full-week IJA convention was in Akron in 1987. Being a part of a juggling twin duo myself (Raising Cain), I immediately got to know Nick and Alex Karvounis, better known as Doubble Troubble. These twin brothers would get third place in the Teams competition that year, would also medal in Baltimore in 1989, and then win Teams in 1991 at St, Louis with a routine that impressed everyone in attendance. They would go on to win quite a few Numbers Championships gold medals for passing as well, but their last IJA Festivals were Las Vegas (1995) and Primm, NV (1998). So, what happened to these juggling superstars and what are they up to now? 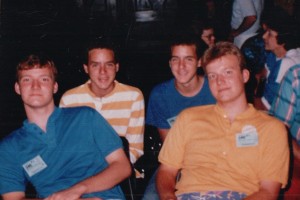 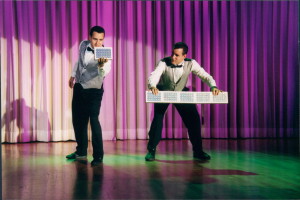 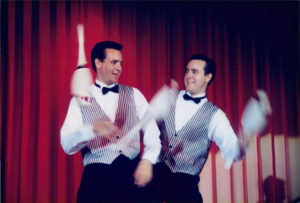 Well, Nick and Alex still are performing jugglers, and are also involved in other businesses as well. The twins have continued to perform, with many appearances on TV, cruise ship shows, and even performances at the Wintergarten Variete in Germany. They relocated to Las Vegas in 1997 and booked their high-energy revue act in production shows such as Splash at The Riviera Hotel, Extreme Scene at The Plaza Hotel, Fantasy at Luxor Hotel, and Jubilee! At Bally’s Hotel.

In the early 2000s, the pair launched VegasAuditions.com, a very successful online trade paper for entertainers and producers in Las Vegas. More than 90% of shows in town cast their performers through the website. They followed that up with Vegas Report, a magazine covering the business side of Las Vegas entertainment, and providing stories on show producers, casino executives, shows, and industry statistics and trends. 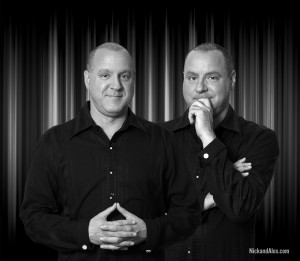 In addition, they also work with the hospitality industry. Alex managed internal communications and photography for Wynn Las Vegas Resort, while Nick led content strategy as the Digital Marketing Publisher for the Las Vegas Convention and Visitors Authority. They now spend time between San Diego and Vegas, continuing to perform at corporate events and operate their businesses, while also managing marketing, photography, and communications for MiraCosta College and the San Diego Tourism Authority.

In 1980, Michael Kass won the IJA Individuals Competition at the convention in Fargo, ND. He was a master at kick ups, and built his entire routine around them. Michael wasn’t a pro juggler like some of his contemporaries who won IJA Championships around the same time (Ed Jackman, Allan Jacobs), but rather a young college student at Princeton. However, he was just as skilled and really popularized club kick ups at the time. 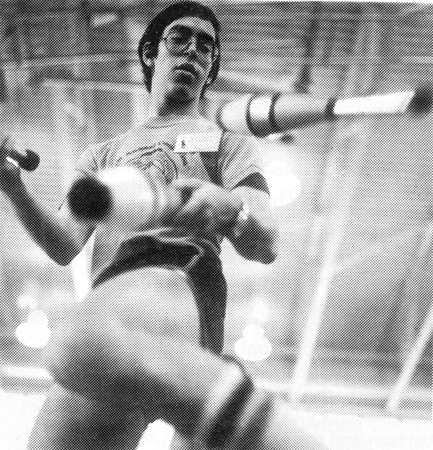 So, again, I ask, what happened to this juggling superstar of years gone by, and what is he up to now? 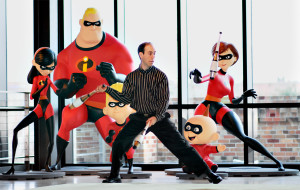 Well, quite a lot, and you are probably familiar with his work in a completely different field. Michael ended up being Dr. Kass, and a well-known scientist after earning degrees at Princeton, MIT, and Stanford. He held positions at Schlumberger Palo Alto Research and Apple Computer before gaining a good deal of fame as a Senior Scientist at Pixar Animation Studios. There, he worked with two others to create the physically-based clothing and hair animation software that was used in Monsters, Inc. He won an Academy Award for his work on Cloth Simulation For Film for the short film Geri’s Game. This technology has been used in Ratatouille, Cars, The Incredibles, and Finding Nemo as well. You can watch Geri’s Game below.

Dr. Kass recently left Pixar and is now employed by Magic Leap, a tech firm focusing on applying virtual reality technology to cinema by using digital light field technology. We can’t wait to see what new innovations this former champion juggler can kick up next!