This page highlights quality resources for the people of all juggling interests and skill levels. Scroll through these links to find resources to help you learn to juggle, connect with the international juggling community, find prop vendors, and learn to build your own props!

alan chung – how to juggle 3 balls

Connect with the International Juggling Community

International Juggling Clubs – A list of juggling groups that meet regularly in specific cities around the world. Hosted by Juggling Edge.

If you are a juggling prop vendor and wish to be listed here, please contact us. You can also inquire about reselling IJA videos, vending at our next summer festival, or joining our Vendor Discount Program to give prop discounts to IJA members in return for advertisements on eJuggle. 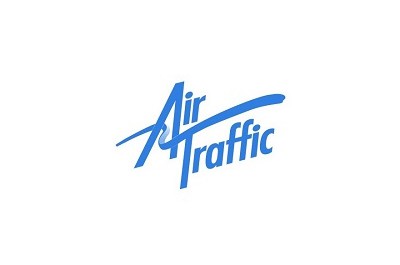 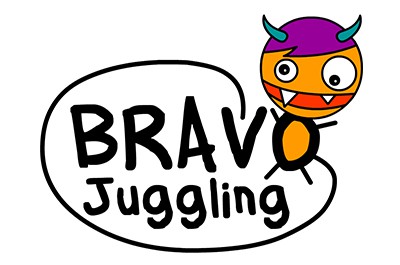 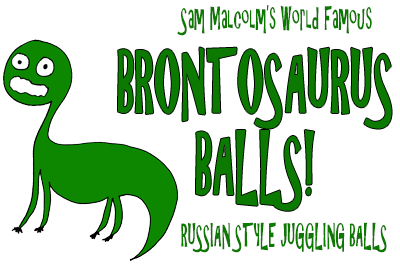 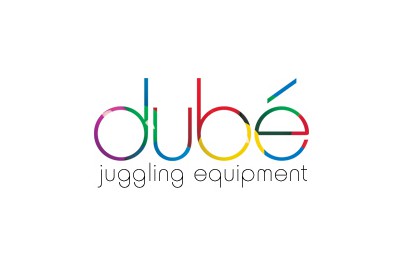 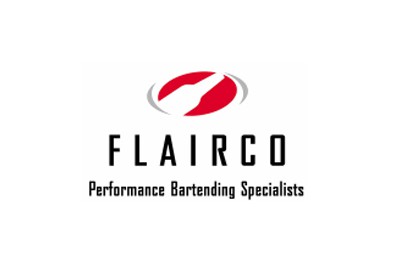 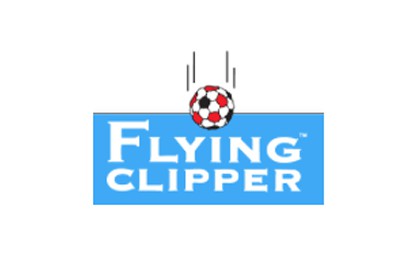 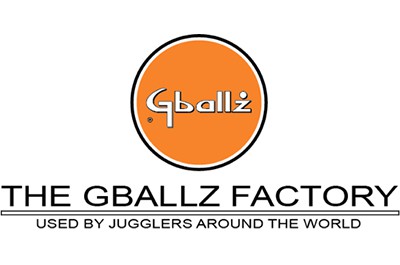 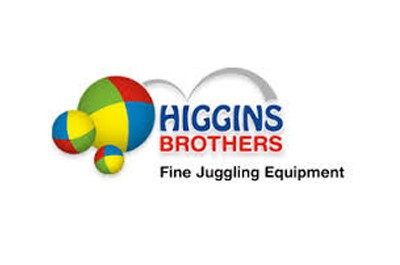 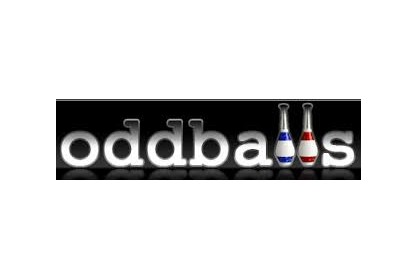 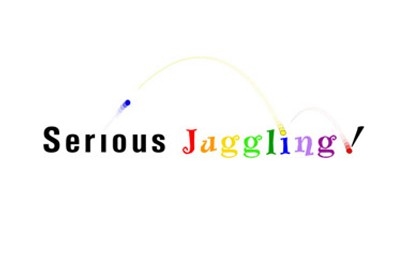 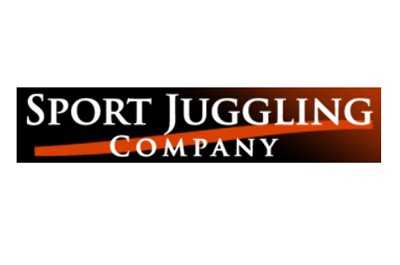 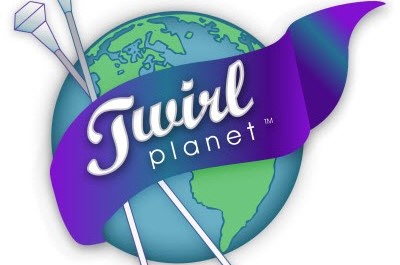 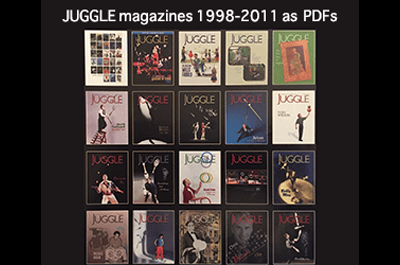 If you are a juggling vendor and want to join the IJA Vendor Discount Program or to be listed here, contact us.

Build Your Own Props

How to make the ultimate recycled juggling club at home

The pink Green Club shown below was made by Don Lewis. It is complete except for trim tape around the edge of the tennis ball and the top of the handle, and duct tape around the club body – all of which are optional.

The Green Club is a unique, home-made juggling club constructed primarily of recycled materials. It juggles nearly as well as any club on the market and better than some. It is reasonably durable and costs almost nothing. The small design is perfect for kids or for numbers juggling. So is the price. It is a great project for a juggling group that wants to do outreach with kids or outfit its members on a budget.

For many years the instructions for making this wonderful club were available only in the form of a booklet that Jon sold for a nominal fee. Now Jon has released the complete booklet under a Creative Commons License and made it available in electronic form.

History of the Green Club Project

A personal note from Jonathan Poppele

Home-made clubs are nothing new, nor is making clubs from pop bottles. But the Green Club is something new. It is a highly refined design. Many professional jugglers who have tried these clubs think they are the best home-made juggling clubs they have ever seen. I tend to agree and am very thankful to the large number of people who helped with the development and refinement of this design. In truth, I came up with very few of the ideas that went into this club. I served more as a focal point around which the design happened.

The Green Club project sprang out of juggling workshops for children I was running in 1998. I saw a need for a home-made club that would be easy to make out of inexpensive every day materials, yet would juggle like a real club. My objective was to design a professional quality club that a ten year old could build at home by herself for free. I knew that this was impossible, but I wanted to get as close as I could.

Being an avid combat player, I had a good solid background in repairing and rebuilding clubs. Being a tinkerer, mechanic and wanna-be inventor, I had also had some pretty long and involved conversations about club design with Brian Dubé and with Q, who was producing home-made clubs from pop bottles and various other materials. As it turned out, it was a conversation with my friend Dave Linton that gave me the first key to this particular design. Dave suggested using a 20 ounce pop bottle, an 18″ dowel and a rubber furniture tip knob, a design he had used with with some success. I borrowed from Q the idea of using a 2 litre bottle as the material for the handle wrap and set to work on prototypes. The handle wrap design took a long time. I had to get a shape that would fit on a 2 litre bottle and wrap into a cone that would fit my club. Beginning with an old Dubé wrap as my only clue and proceeding by guesswork and experimentation it took me about a day and a half of trial and error and five prototypes to get something that worked.

In order to get a well balanced club I exchanged the rubber tip for a paper wrap and counterweighted the bottle end with fender washers. The design was not quite as simple as I had hoped for, but it was a great club to juggle and I was sure that a twelve year old could make it with a little help. I taught three week-long juggling camps that year and helped build over fifty clubs. The kids loved them, the parents (some of whom were jugglers) were impressed, and I was satisfied. Then I started using my own set to work on juggling six over a marble floor. Within a few days, the ends of the clubs were getting badly dented and cracked. The clubs began to break within about a week. Mind you, I was dropping six clubs on a marble floor, but the shortcomings of the design still bothered me. I needed something to use as an end cap and counter-weight. I bounced the problem off of anyone I thought might have ideas, and a few people I didn’t think would.

Finally, Dave Wittiker suggested using a tennis ball cut to fit. I was excited by the idea. It fit the recycled theme of the design perfectly. I quickly discovered that tennis balls were not easy to cut, but that it was quite possible, and that they would fit on the end of my club if I dented in the bottom of the bottle. I built a few more prototypes. They were great.

Eager for feedback on the design, I advertised a club building workshop for the University of Minnesota Juggling Club. Ten people built fifty clubs over the course of a couple afternoon meetings. Eight months later, none of them had broken. The design has received a few tiny modifications since the UMJC workshop. This latest design is what will find in the build instructions . It is a little tricky at first, but you will soon get the hang of it. Just go slow and be patient. You will find that the end result is worth it.

A personal note from Greg Phillips

I first discovered Jon Poppele’s Green Club through a club-building workshop at the Montreal juggling festival, taught by my dear friend Don Lewis. The idea that such a great juggling club could be built so easily, with such inexpensive materials, was tremendously exciting – everyone should be able to learn how to do this! But there was one problem: the instructions were only available in paper form, under copyright, and the only source was Jon himself.

With some trepidation, I contacted Jon about the possibility of releasing his design, for free, onto the Internet. To my delight, he was immediately receptive to the idea. Not only that, he was insistent that the result be published under a license that would allow anyone to copy, use, modify, and improve upon his design. At his own expense he mailed me a clean copy of the instructions with his latest improvements. He also sent me electronic copies of the document’s text and scans of his original hand drawings.

Over a period of several months, I worked on creating a high-quality digital version of Jon’s booklet, scanning and cleaning up the drawings, converting them to line-art, and combining them with the text. Jon and I communicated frequently during this time, making editorial changes and other minor improvements in parallel. Finally (in December 2006) we were both satisfied that the digital edition of the Green Club build instructions was ready for release. We hope you enjoy it. 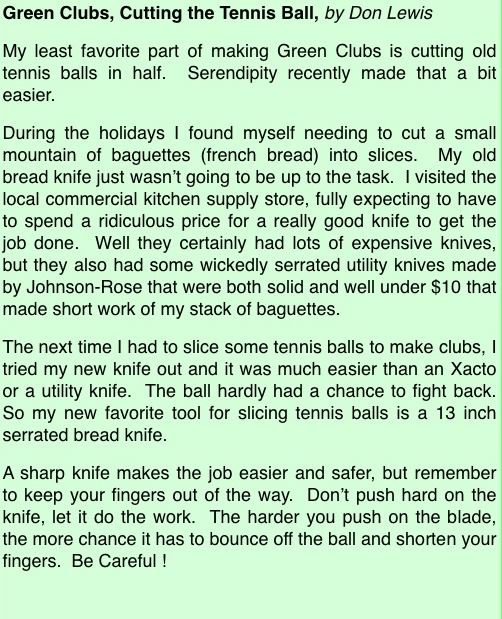 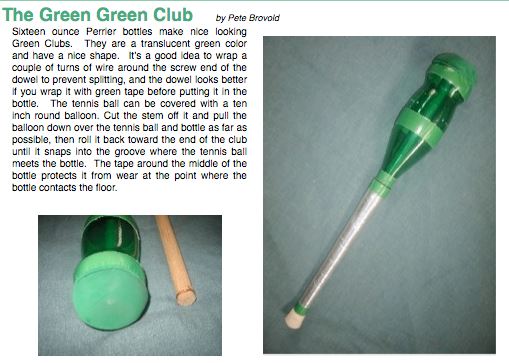 Copyright Living Earth Press. Published under the terms of a Creative Commons License .