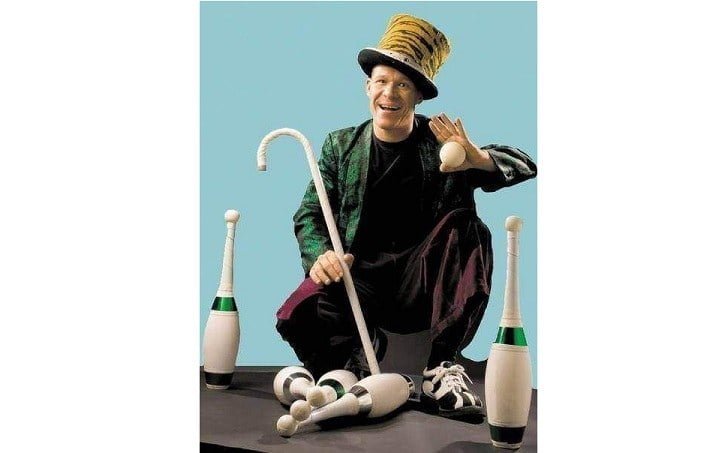 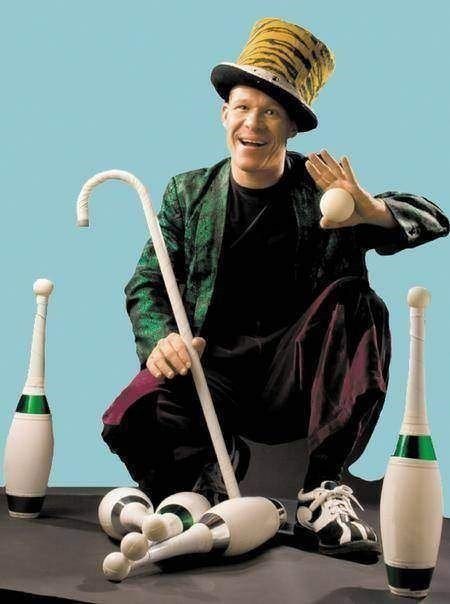 Warren “Ryder” Schwartz was born Sept. 6, 1966. Growing up in Austin, Texas, he practiced gymnastics starting at age 3 and taught himself to juggle several years later after seeing Austin juggler Turk Pipkin perform.  Ryder took great joy in entertaining anyone who would watch. His performing career began at a Renaissance festival. At the age of 14, he was named “Most Promising Performer” at the IJA Convention. At some point, he took on the stage name “Red Ryder”, which he used on and off.

In 1987, Ryder joined Esther’s Follies, the very well-known Austin-based comedy troupe. Esther’s Follies would become his second family and home for the rest of his life.

1988 was a big year for Ryder, as he graduated from Ringling Brothers and Barnum & Bailey Clown College and won the silver medal in the Individuals Stage Championships at the IJA Convention in Denver, CO. At Clown College, he was remembered as a very laid back person who was conversely very intense in his juggling practice. Ryder was coached by juggling legend Lottie Brunn and the two became good friends. Other Clown College students remember the dichotomy of hearing a fast-talking Lottie with her German accent and slow-talking Ryder with his Texas drawl engaged in deep conversation.

Ryder’s silver medal-winning act in the 1988 IJA Championships caught the attention of all those in attendance. His wonderful character, strong stage presence, and clear talent made him stand out. Below you can see his act.

In the above video, notice Ryder’s use of helicopter spins with clubs as well as his very cool trick of removing and replacing his hat with a cane.

After graduating from Clown College, Ryder traveled the world performing in many top venues in Asia, South America, and Europe, as well as working on cruise ships. One career highlight was performing at the Festival Mondial Du Cirque De Demain in Paris. You can see a portion of his act from the festival below.

In 1991, Ryder was a finalist and the top-rated solo juggler at the first annual Varietipreis Festival in Stuttgart, Germany. He was one of eight finalists chosen to perform from 32 invited entrants for the televised final night of the festival. Schwartz opened his 10-minute act as a tough motorcycle punk, juggling up to four “hubcaps” in Frisbee style. A flashy confetti explosion cued an on-stage costume change and a hat, cane, and ball routine that included some magic illusions. That was followed by a comic sight gag, and a cigar box routine with pirouettes and spins. He finished as a cowboy character doing five and four clubs, as well as three clubs and his ten-gallon hat.

When he wasn’t traveling the world, Ryder was home in Austin, usually performing with Esther’s Follies. He eventually got married and had a daughter. Unfortunately, Ryder struggled with drug addiction for much of his adult life. While he would seek treatment multiple times, he would eventually fall back into using. This eventually led to the loss of his marriage and home. Living out of a tent, Ryder continued to perform in Austin as he struggled with his personal life. On the night of May 28th, 2006, Ryder apparently witnessed Jacob Rubio burglarizing an apartment in Austin. Rubio fatally stabbed Schwartz as a result.

Many jugglers were greatly influenced by Ryder. Well-known performer Connie Leaverton was taught to juggle by Schwartz. Ryder’s memory lives on in a mosaic in his home town of Austin. 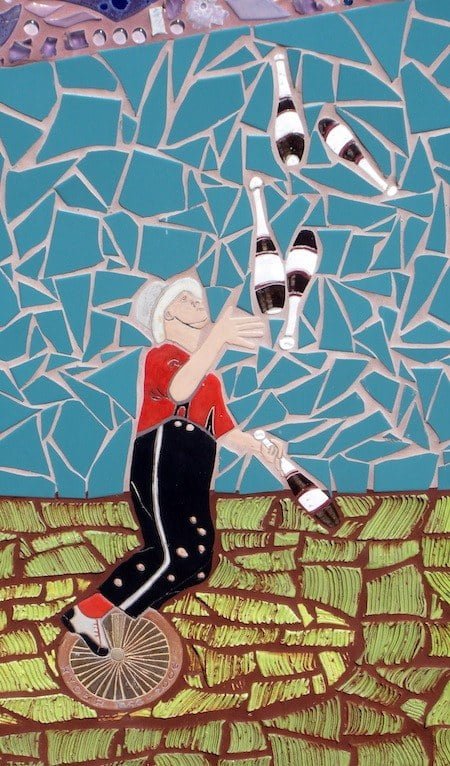 You can see several videos of Ryder Schwartz’s wonderful act below.

Ryder Schwartz made a great impression on audiences and his peers and should be remembered as a gifted and innovative juggler.