Sorin Munteanu was one of the greatest jugglers of which you may have never heard. Hailing from Romania, this 6th generation circus artist was born December 1st, 1957. He grew up watching his family perform as jugglers and learned the art early on. He remained part of the family act for many years before striking out on his own in 1979. 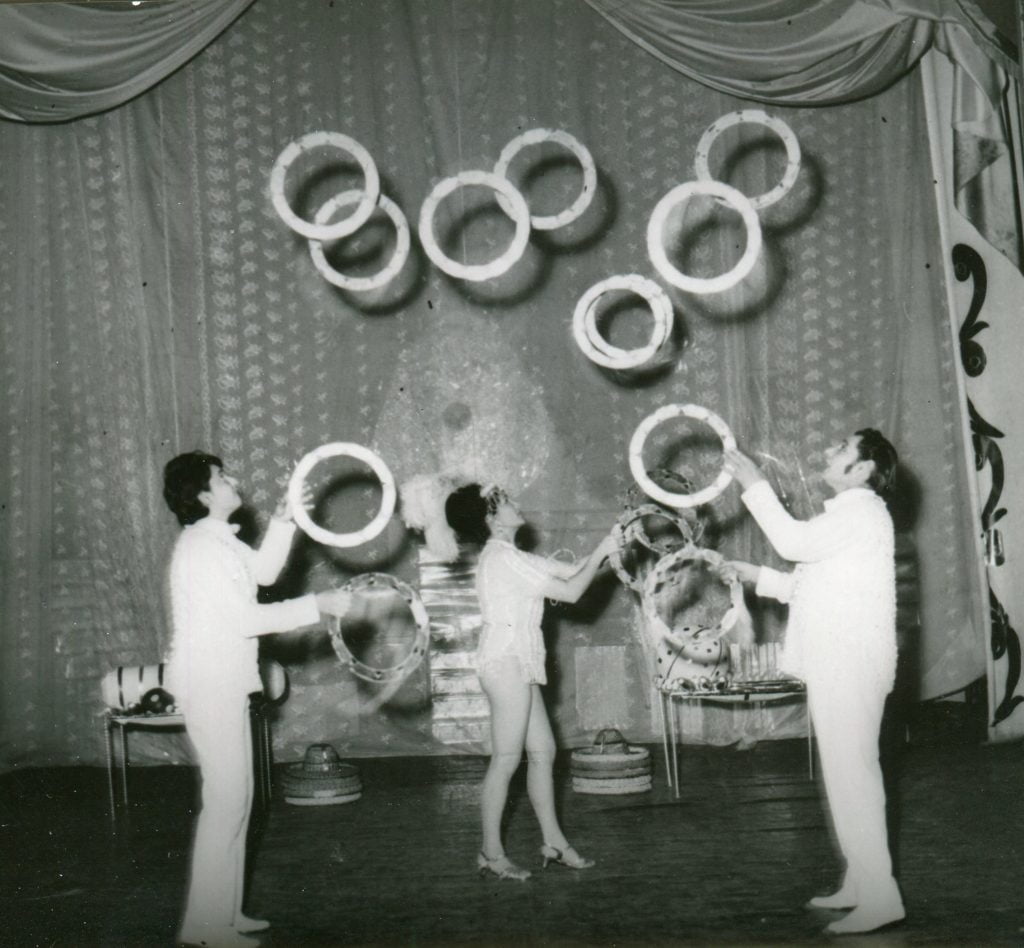 Sorin and his parents juggling boomerangs

Sorin’s act was full of incredible tricks and routines. He headed a ball while juggling 5 clubs. He was the third or fourth person known to perform 7 clubs, doing so in 1976.  He even did so with a pole balance, which was a first.

He was an incredible ball spinner. He could make a ball spin for seemingly impossible lengths of time. A favorite trick of his was to kick a ball behind him and land it spinning on top of another ball. Many jugglers might use this as a finale trick, but Sorin included multiple versions of it in his act. He also kicked a ball up to a double stack on a mouth stick.

Sorin was well-known as a master of juggling with large balls and could juggle five while bouncing a sixth one on his head.

He performed a variety of unique combination tricks as well.

Sorin juggled cross stick boomerangs in his act, which were a great hit with audiences. He would throw the large wooden props out over the heads of the audience, barely missing the tops of their heads. He would even run into the aisles of the theater, still delighting the crowd with his near misses. He could make a boomerang circle over the audience and then circle himself a second time on stage before catching it. He would often keep two going while holding a third boomerang and using it as a backstop to help catch the ones returning. Sorin would also don a special skullcap and catch a tossed boomerang on his head as it continued to spin on a peg located at the boomerang’s center.

Sorin Munteanu performed in many of the top circuses, casinos, and cruise ships around the world. He even won a prize at the International Circus Festival in Monte Carlo. In 1995, he was performing in Las Vegas when he noticed a marquee in front of the Hacienda Hotel advertising that they were hosting the IJA Convention. Sorin stopped by, walked around the gym for 20 minutes, and then left without really talking to anyone, as he didn’t see anyone he knew.

Sorin passed away in June 2012 after a long battle with cancer.  The following three videos show his impressive skills and great stage charisma.