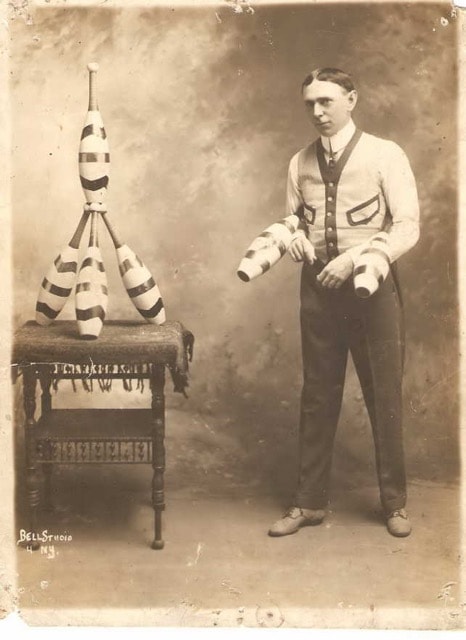 I’ve found that I am spurred to do historical research on jugglers primarily out of curiosity.  When I see something that is interesting about a long ago juggler that I have never heard of, I want to learn more.  This was the case with I saw the following poster available on an online auction. 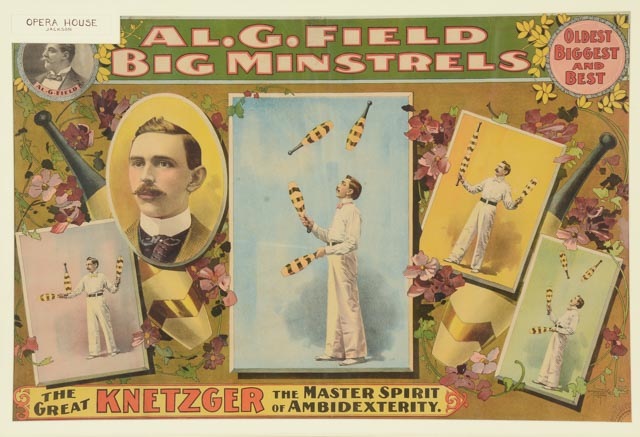 I didn’t recall ever hearing about The Great Knetzger previously.  The poster didn’t provide any specifics on an exact time period, nor information on his full name or location.  So, I started down my typical path of researching.

My first queries came up with a few mentions in several online books and newspapers, and almost always in connection with minstrel shows from the late 1800s until at least 1921.   Several of them are listed below.

In the book Coal and Culture: Opera Houses in Appalachia, author William Faircy Condee cites that The Great Knetzger, Master Spirit of Ambidexterity, was part of John W. Vogel’s Big City Minstrels that played at Stuart’s Opera House in Nelsonville, Ohio in 1903.

In the book The Hula Hoop by Judith Lanigan, the author lists Knetzger as one of the great old school hoop manipulators alongside the names of Howard Nichols and William Everhart.

In the September 13, 1921 edition of the Sandusky Star Journal News (Ohio), it states “The Great Knetzger will appear twice dally in a double act consisting of hoop-rolling and scientific club swinging, in which a troupe of well trained performers will use hoops and clubs to perform a great variety of seemingly impossible feats. In comedy, juggling, spinning, and balancing, using all sorts of objects, and comedy effects interspersed with music, magic, and talk.

I consulted with my brother, noted juggling historian David Cain, and he recalled that he had a cabinet card of a photo of The Great Knetzger.  That card shows that Knetzger had formed a troupe – as the photo shows the props and related posters of Knetzger and Company – Eccentric Musical Juggling Comedians.   The following is the full cabinet card, which primarily shows the troupes props, as well as close-ups of four posters / signs contained in the photo. 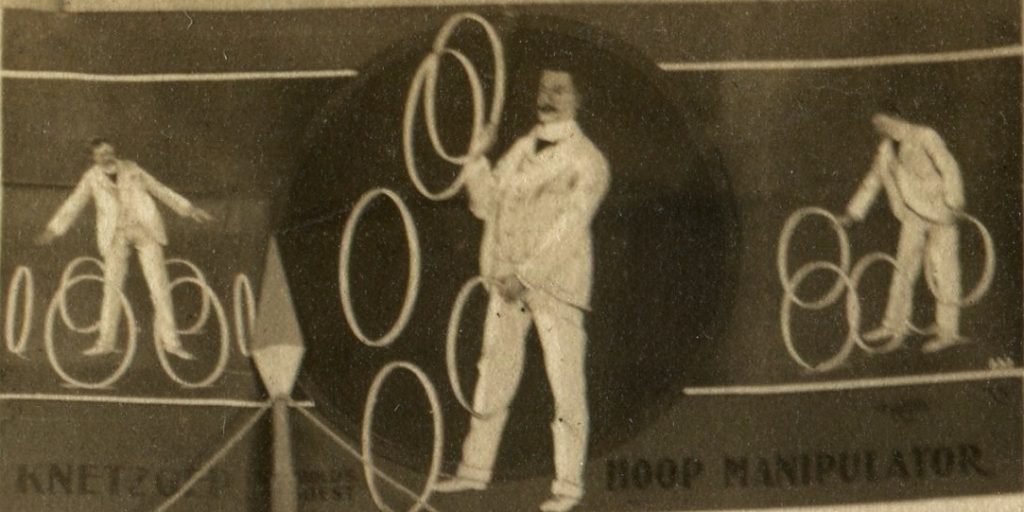 David also recalled that a photo of Knetzger also might have been in the IJA 40th Anniversary Juggler’s World magazine.   He was correct, and a very clear photo of Knetzger with his hoops, supplied to the magazine by Roger Montandon, filled most of a page, and is shared here again.

The first detailed information was obtained from a search of Ancestry.com.  Here, I learned that The Great Knetzger was actually Aloyius John “Louis” Knetzger, and that he lived from 1875 to 1966.  A photo of Louie with his clubs was also at the website, and the original photo was stamped “Sam Massell Theatrical Agency”. 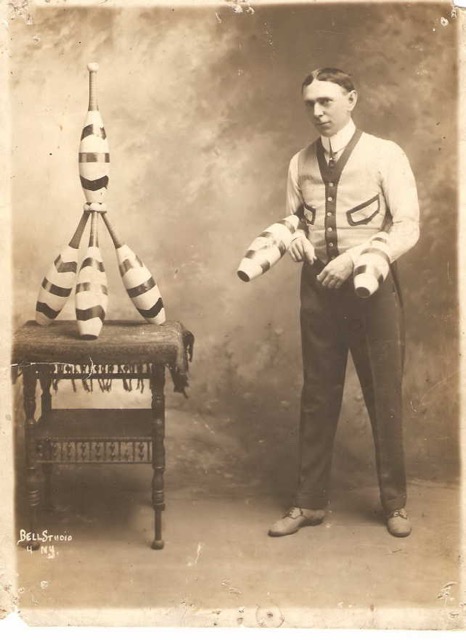 The 1940s United States Census shows that Louis Knetzger lived in Godfrey, Illinois (which supports the Billboard reference of him being from IL).

From both the poster that originated my research and from the photo from Ancestry.com, I could tell that Louie Knetzger used clubs made by Edward Van Wyck.  The decorations matched the same on some Van Wyck clubs contained in The Museum of Juggling History, for which I serve as Assistant Curator.  With this information, I thought I would refer to Edward Van Wyck’s book/pamphlet entitled America and Europe’s Greatest Jugglers.  Published in 1900, this served partially as a catalogue, but also as an advertisement for juggling acts of the day (presumably ones that used Van Wyck products).   Low and behold, there was a full page ad for The Great Knetzger in this publication. 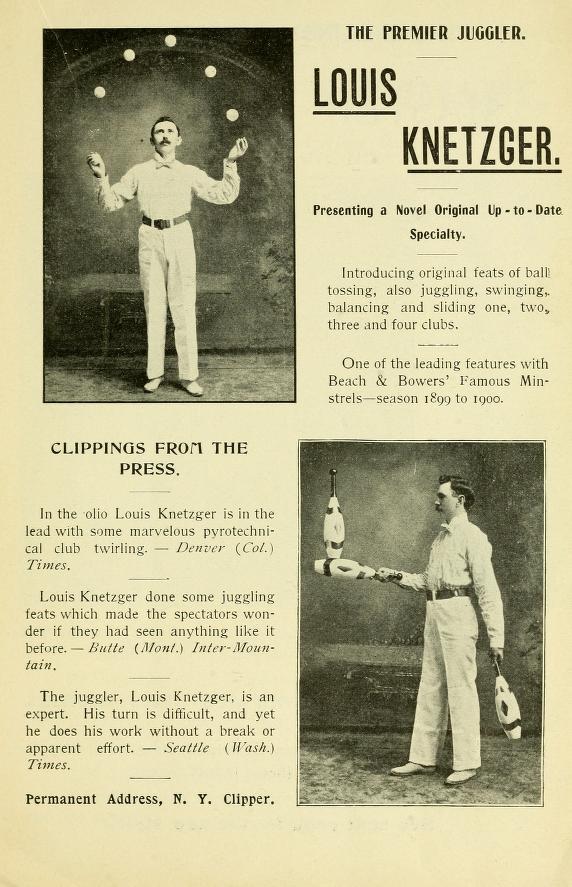 Here, we have a few more quotes, and two photos – one with balls and one with clubs.  This item refers to him as Louis Knetzger (rather than “Louie” or “The Great”).  At this time, it appears that he was working out of New York City.

Though we know what props he worked with, we don’t really have a detailed description of his act or skills, but appears to have been a solid performer with clubs, hoops, and balls, and stuck around for several decades as a juggler.  If anyone has additional information on The Great Knetzger, please email at scottcain@hotmail.com.