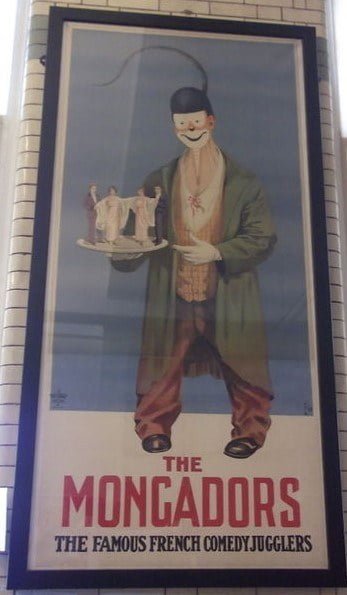 The Mongadors were a juggling troupe with a long circus pedigree. Pierre Chambeyron was a well-known 19th century French circus manager and equestrian artist. He married a high-wire artist, Mathilde, and the couple toured with the Circus Clark. Their children, Jeanne, Gaston, and Georges, formed an acrobatic dance act called the Trio de la Rambla.  Georges was a talented juggler and formed The Mongadors around 1900. The juggling troupe worked in both circuses and in variety theaters. 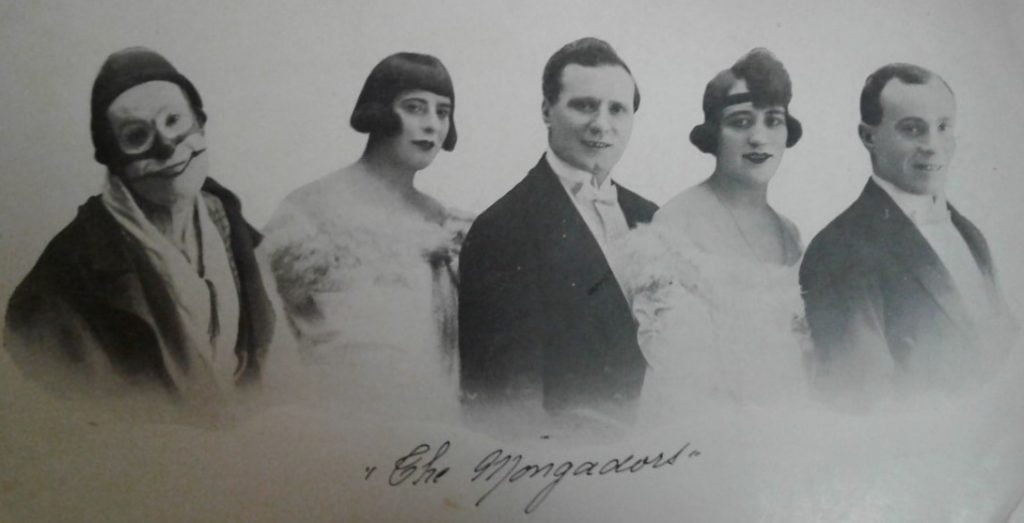 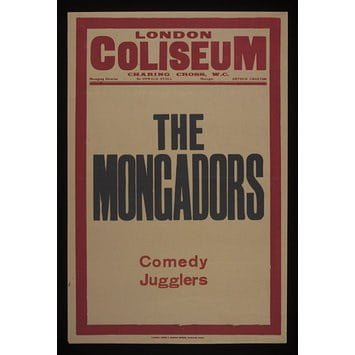 The Mongadors were very innovative and influential, being perhaps the first European club passing troupe. Originally consisting of 5 performers, the act opened with one person juggling diamond encrusted torches, one juggling flowers, one juggling tennis rackets, one juggling canes, gloves, and hats, and one doing magic. Then two members would start passing and another would get caught in the pattern, getting his cigar knocked out of this mouth. They then performed a three person line, followed by a four person “criss-cross.” The club passing portion of the act ended with one member of the troupe collecting all of the clubs. The clubs used by the Mongadors were huge, with bulbous ends similar to modern Renegade Fathead clubs. 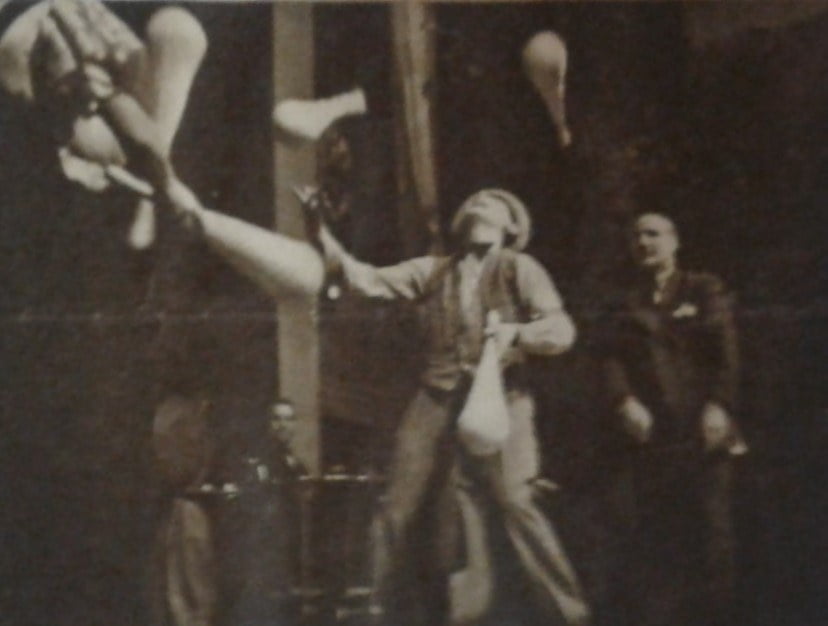 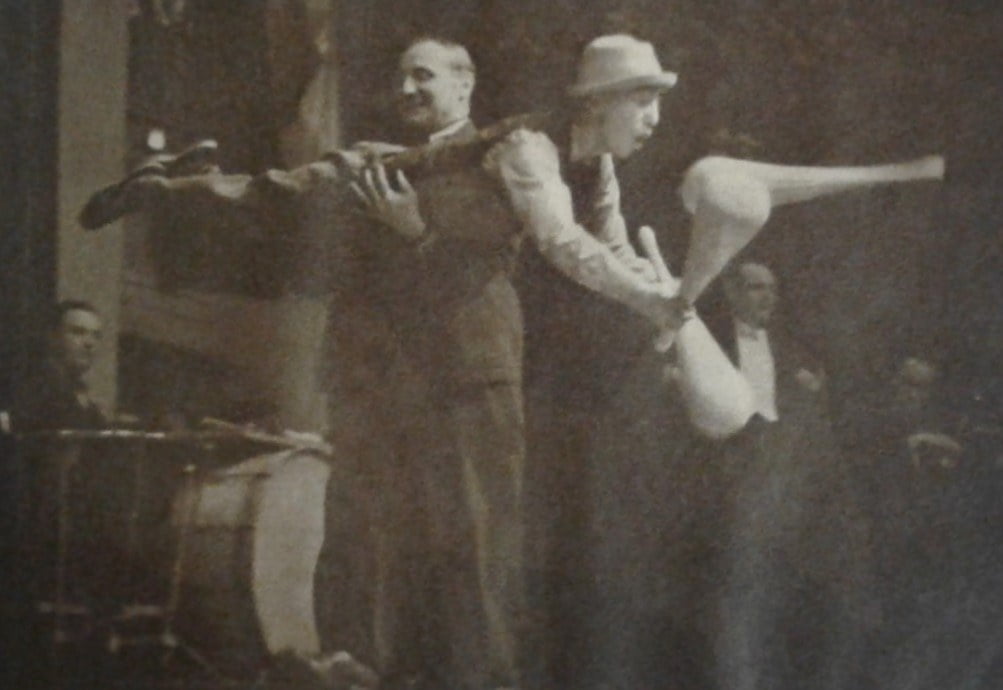 Next, one member would juggle three clubs as another walked out and approached him. Then the new performer would push the juggling one out of the way, taking his clubs. Then the two would push back and forth, with the club cascade never moving. Then they would perform a leapfrog, which they are believed to have invented. This was performed with the front juggler standing completely upright rather than stooping over as later acts did. To finish up the club portion of the act, one juggler would pick up the other from behind around the waist while the front performer was juggling three clubs. The lifted juggler would continue juggling the clubs while lifted into a horizontal position. The pair would walk off stage with the horizontal juggler still juggling. 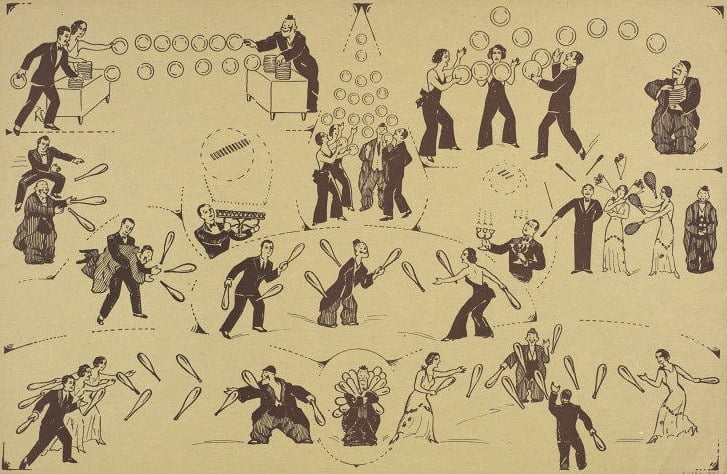 This was followed by the juggling of wooden plates. Each of the five Mongador members would juggle four or five plates, filling the stage. The act would end by everyone tossing the plates to one member of the troupe in an ever accelerating fashion. 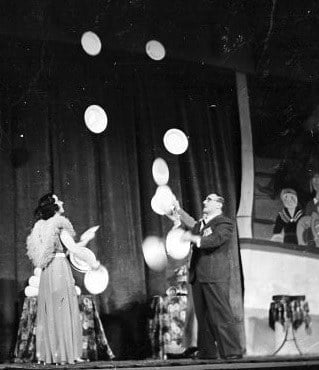 In 1926, the Mongadors were performing at the Blackpool Tower in the UK when Georges met Anne Dunne. Anne was born in Liverpool, England in 1908. Her mother had been a part of the famed Tiller Girls Dance Troupe and Anne followed in her mother’s footsteps, joining the troupe eventually. It was while with the Tiller Girls that she met Georges Chambeyron and fell in love. Anne joined the Mongadors and traveled the world performing with the troupe. 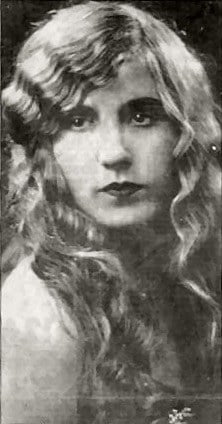 They were performing in Copenhagen in 1939 when the World War II broke out. From their home in Aurillac, France, they set up their own resistance movement to combat the occupying German forces. The couple would eventually be honored by both the French and British governments for their varied efforts for the Allies.

When the war was over, the couple, joined by their 17 year old daughter Antoinette, began performing again. Antionette, known professionally as Ninette or Nenette, had studied ballet with her aunt, modern dance with her mother, and juggling with her father throughout the war. When the Mongadors re-formed as a trio of the mother, father, and daughter following the war, the act highlighted Ninette’s great technical talent. One of the highlights of the act was her ability to juggle five of the enormous clubs that the Mongador troupe had always been known for using. The trio version of the act used huge wooden discs in place of the small plates that had previously been juggled. 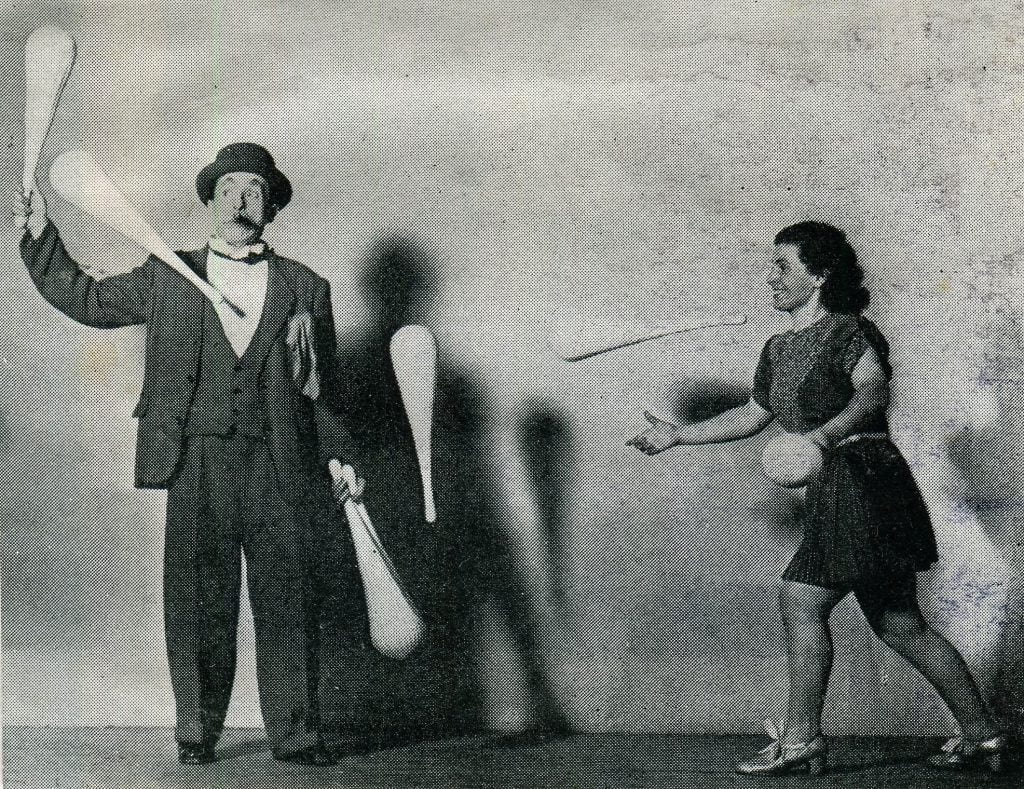 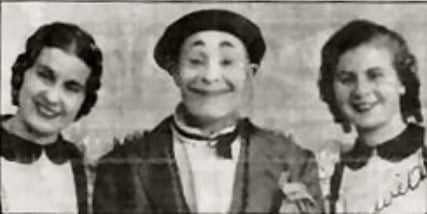 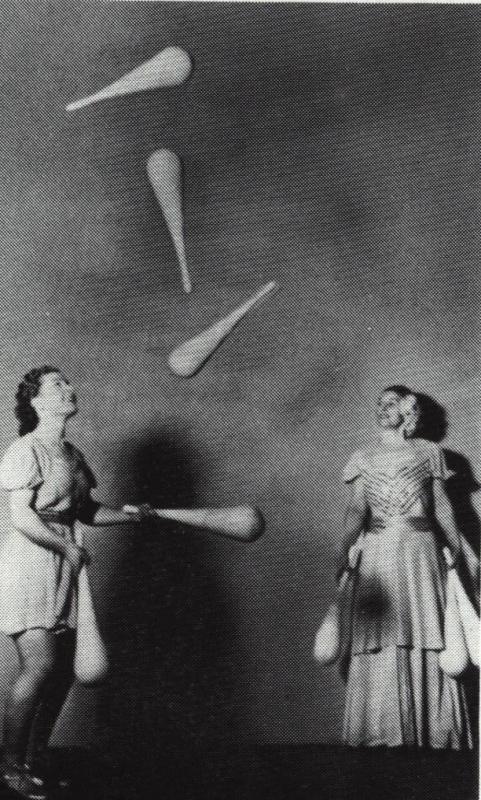 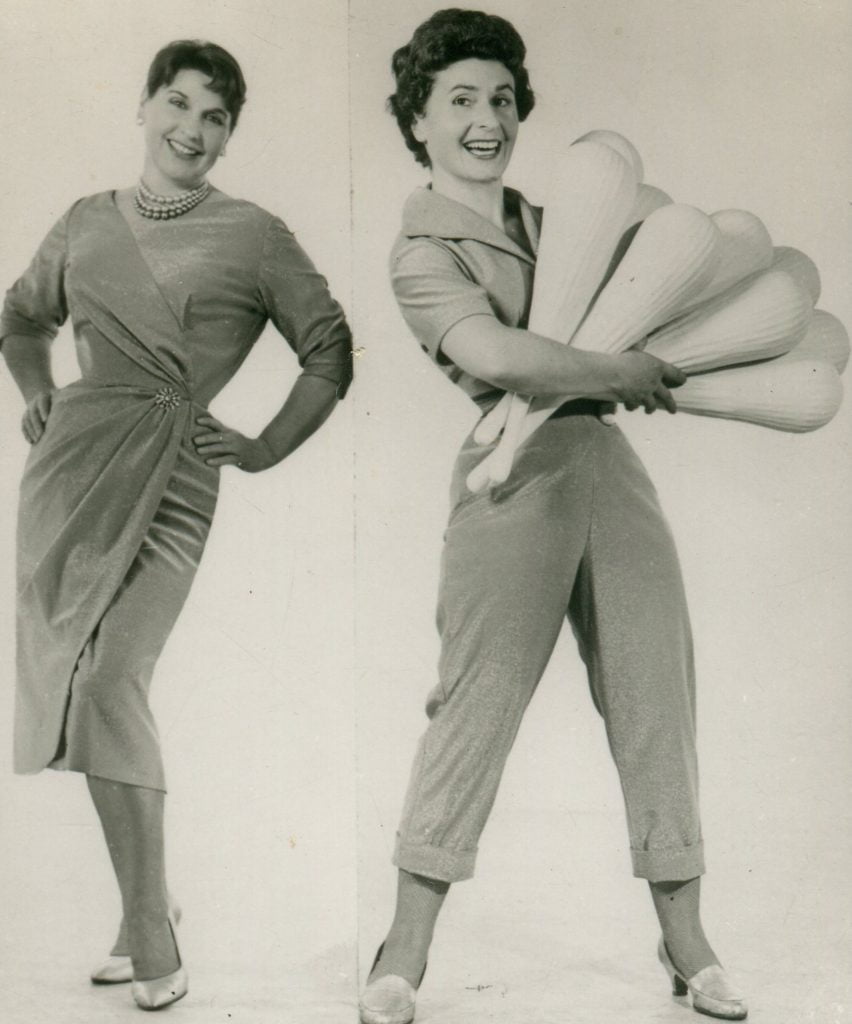 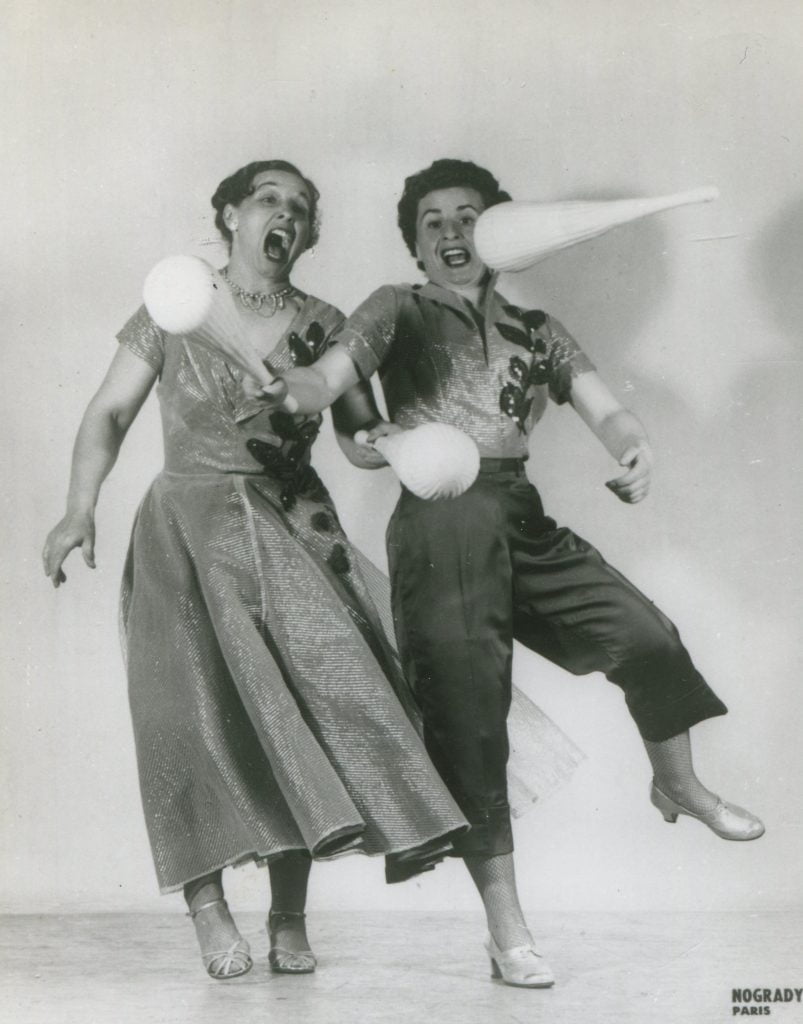 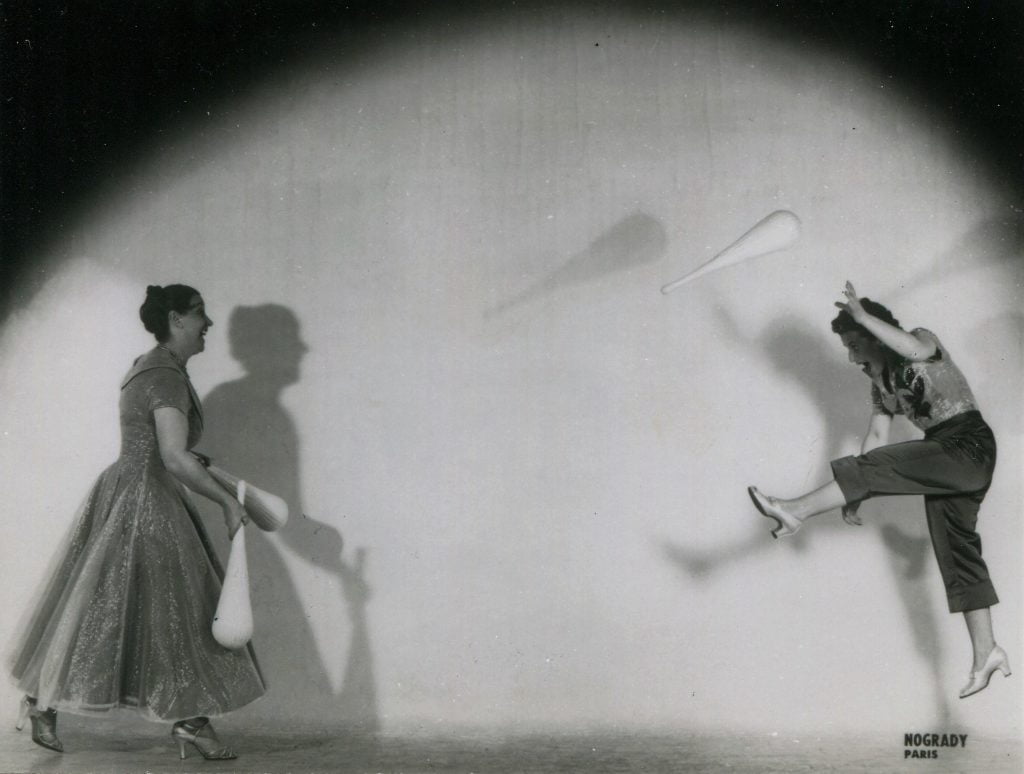 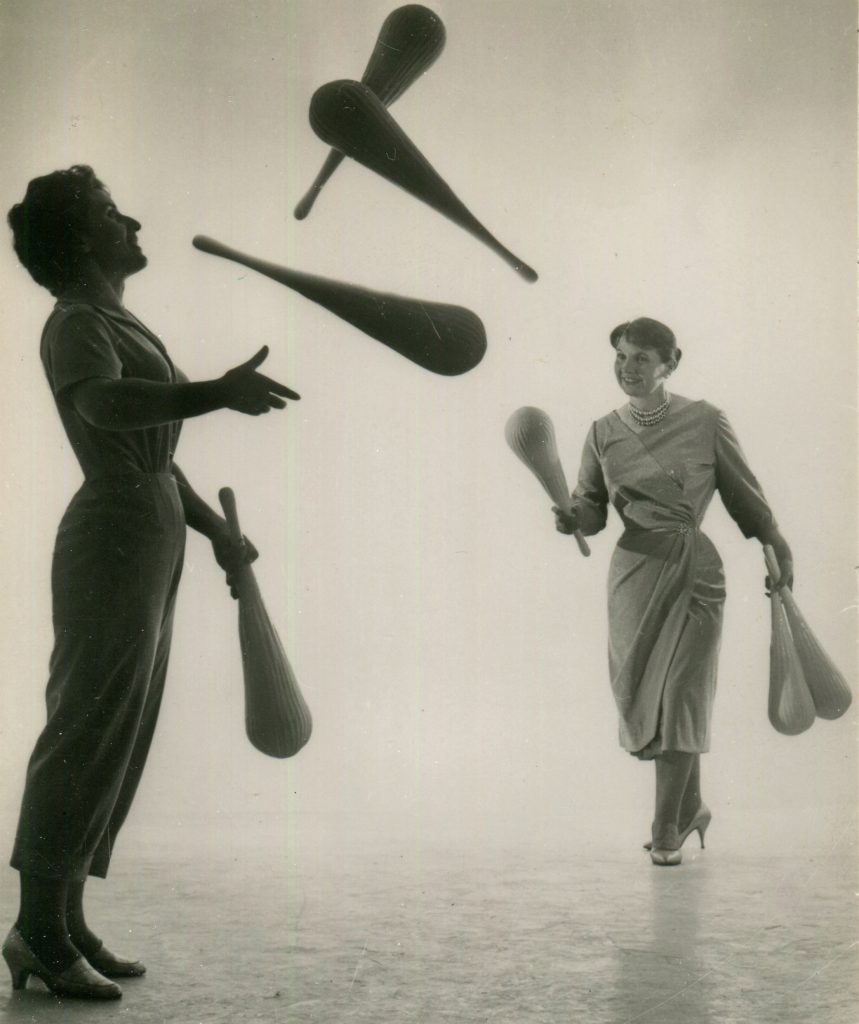 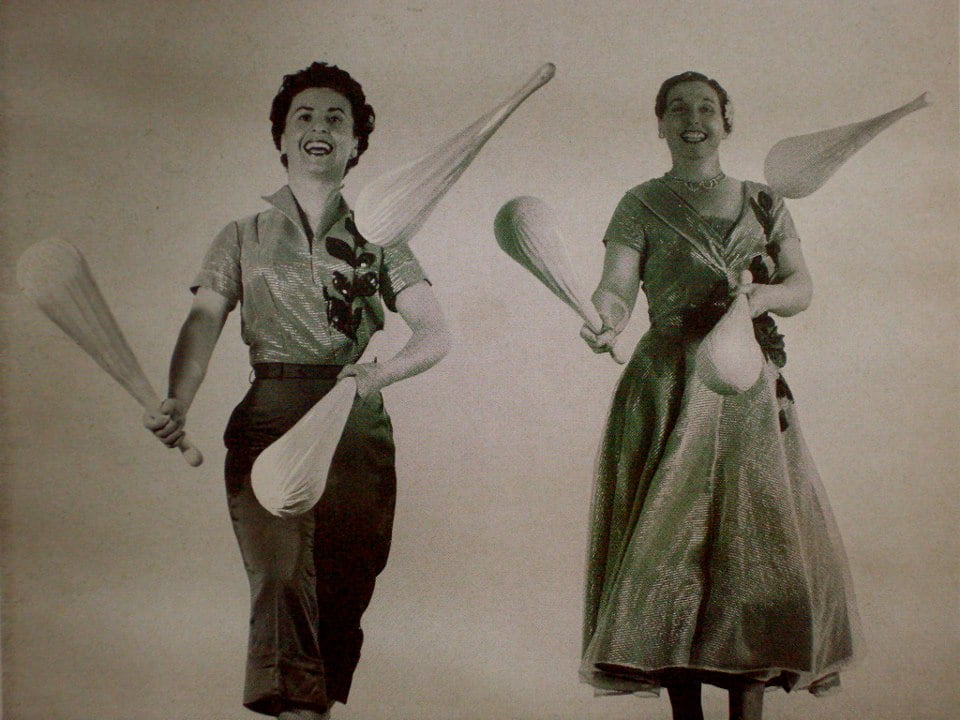 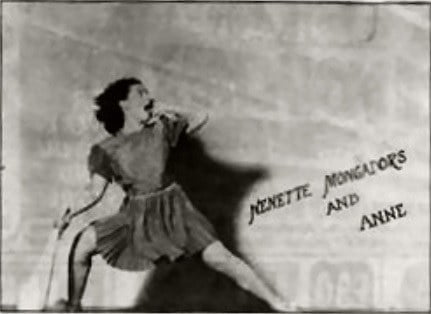 Ninette went on to become a well-known British journalist. She is still alive and resides in the UK. She has even written a book about her family, which you can see below. 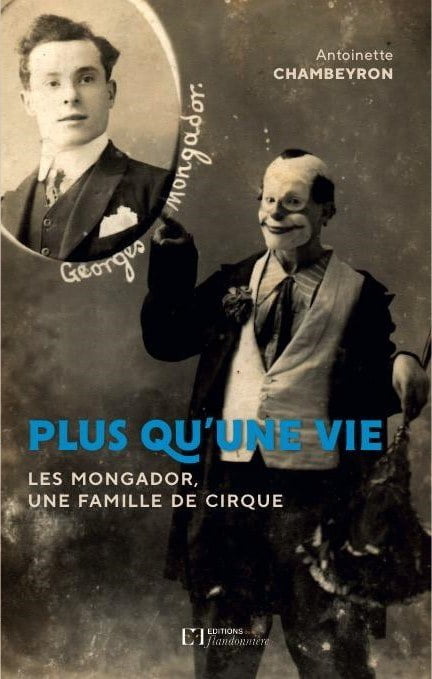 Anne passed away in 2000 and is buried in France.

The Museum of Juggling History now houses some of the Mongadors’ props, as you can see in the following photo. 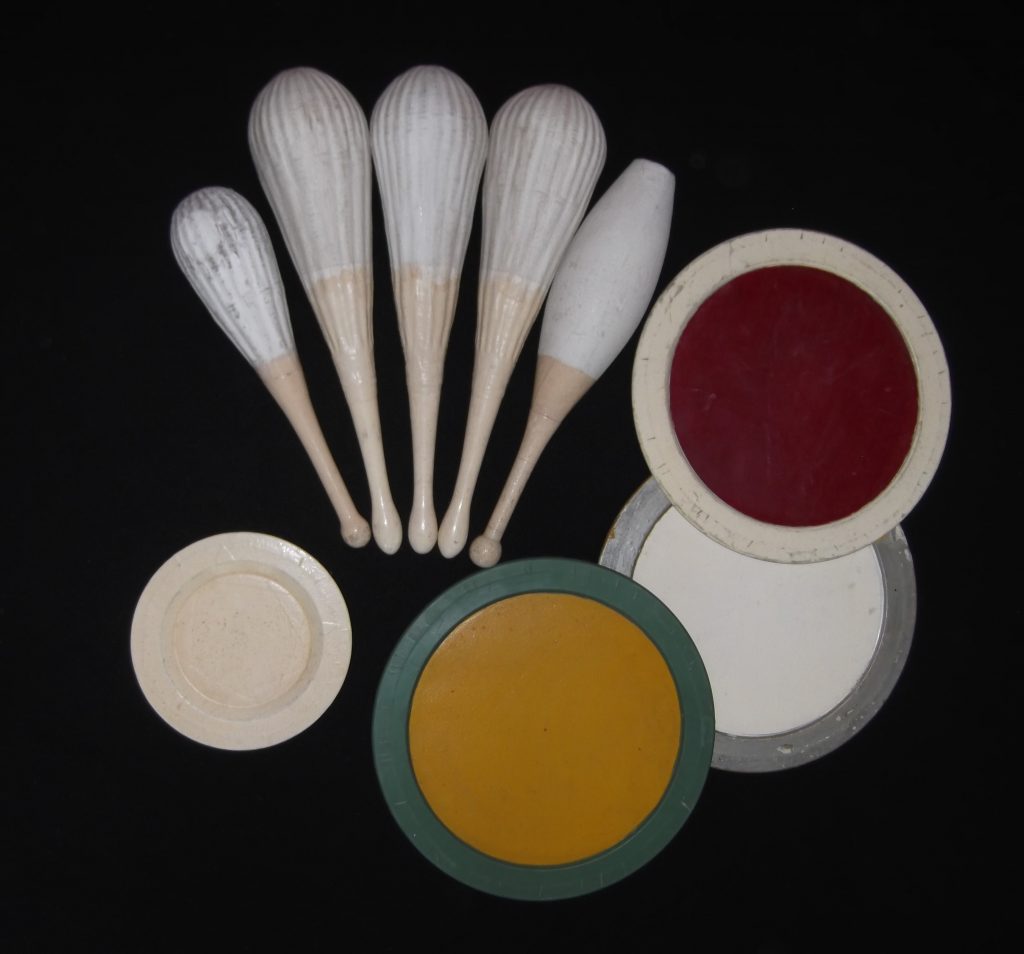