In this installment of Videos From The Vault, we take a look at a juggling team from the first half of the twentieth century. They were quite successful, but are almost completely unknown today. Let’s learn about the Shattucks!

The Shattucks were the husband and wife juggling team of Edward (Ward) and Ethel Shattuck. Edward was born on December 30, 1889 in Hartwood, New York, USA. Ethel was born on November 22, 1889 as Ethel Lenora Wilberger. The couple was a popular vaudeville-era team, starting out in the first decade of the twentieth century. They specialized in club passing and hoop rolling and juggling. They were sometimes advertised as Shattuck and Ward. You can see some photos of them below.

You can see in this last montage that the couple had started a family. For a several years, Ethel left the act to raise the family while Ward took on various partners. One partner was Harry Pepper, whom you can see with Ward in the following photo. 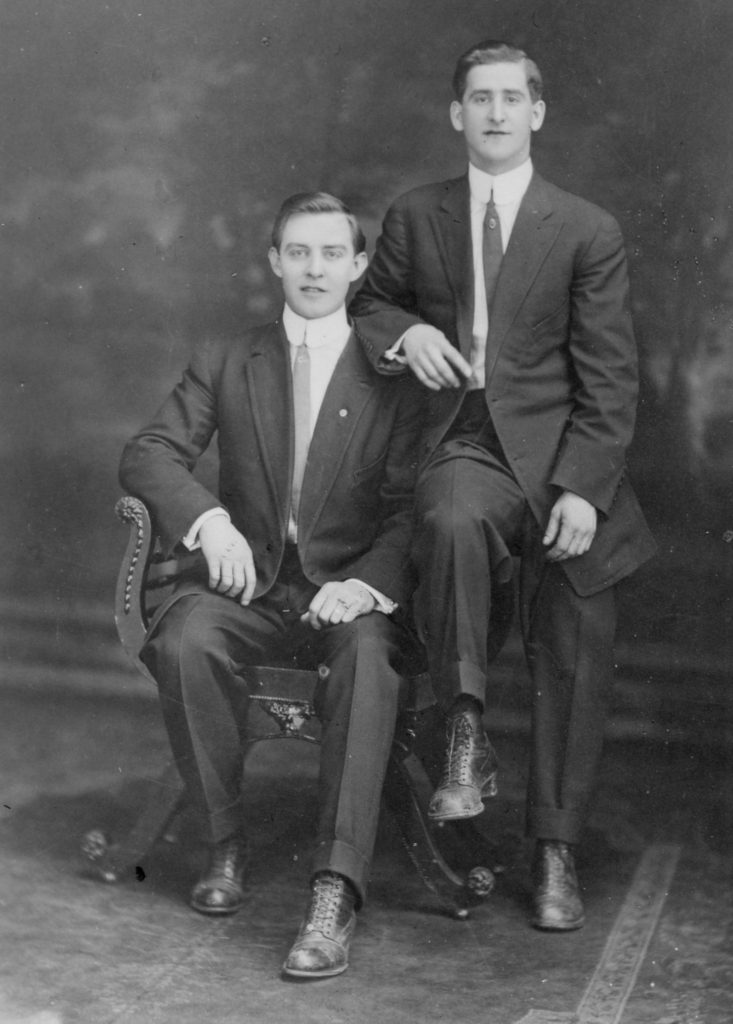 Another partner of Ward’s was Ernie Hacker. You can see he and Ward together in the following photo.

After their children were older, Ethel rejoined the act and the couple became very popular juggling in movies of the late 1930s and throughout the 1940s. Ward was a juggler in The Hunchback of Notre Dame in 1939, Swing Fever in 1943, Lost In A Harem in 1944, and Yolanda and the Thief in 1945. Ethel juggled in the film Shine on Harvest Moon in 1944. The both juggled in the films Dixie Jamboree (1944) and An Angel Comes to Brooklyn (1945). You can see them juggling together in Dixie Jamboree by clicking here. It’s a fairly substantial appearance, including hoop passing, talking comedy, a run around with clubs, clubs passing, and a finale with Ward catching hoops around his body. It’s nice to see jugglers appear in a film as more than just set dressing. Also, kept in mind that those insanely hard throws that Ward is catching from Ethel are done with wooden Van Wyck or Lind clubs.

Below is a film of the Shattucks taken around 1920. A portion of this film has appeared online before, but it was unknown who the jugglers were. This version is complete, clearer, and properly attributed! As you’ll notice, Ward is quite a talented hoop juggler. Also note that this video is a very early, if not the earliest, example of 7 club passing on film.

Here is home movie of the Shattucks, taken in the 1940s, most likely.