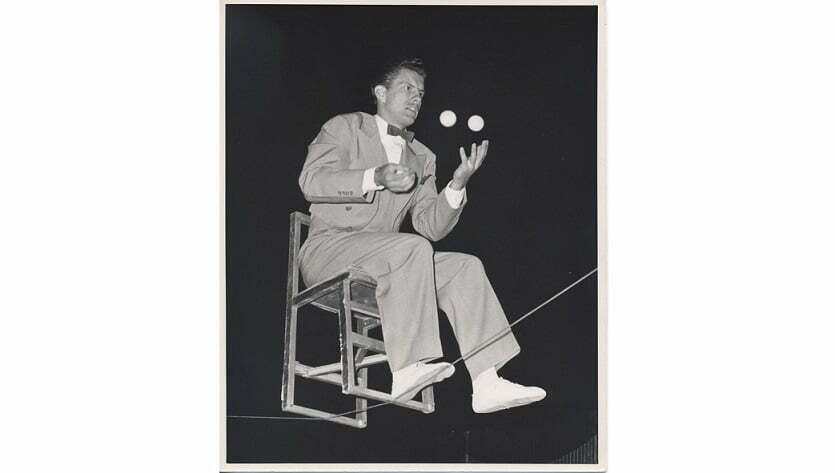 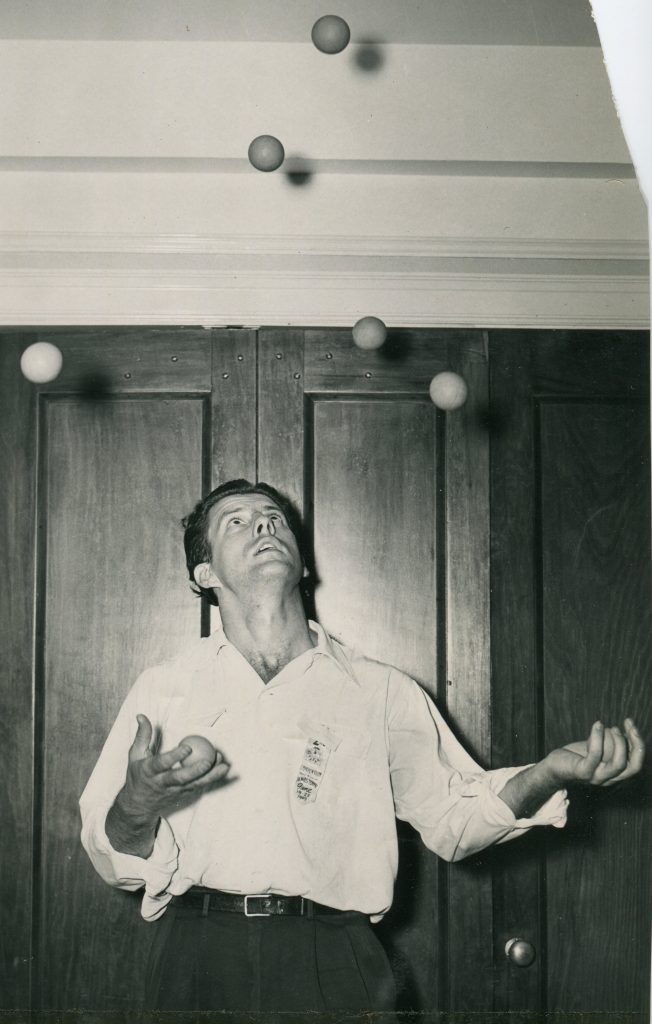 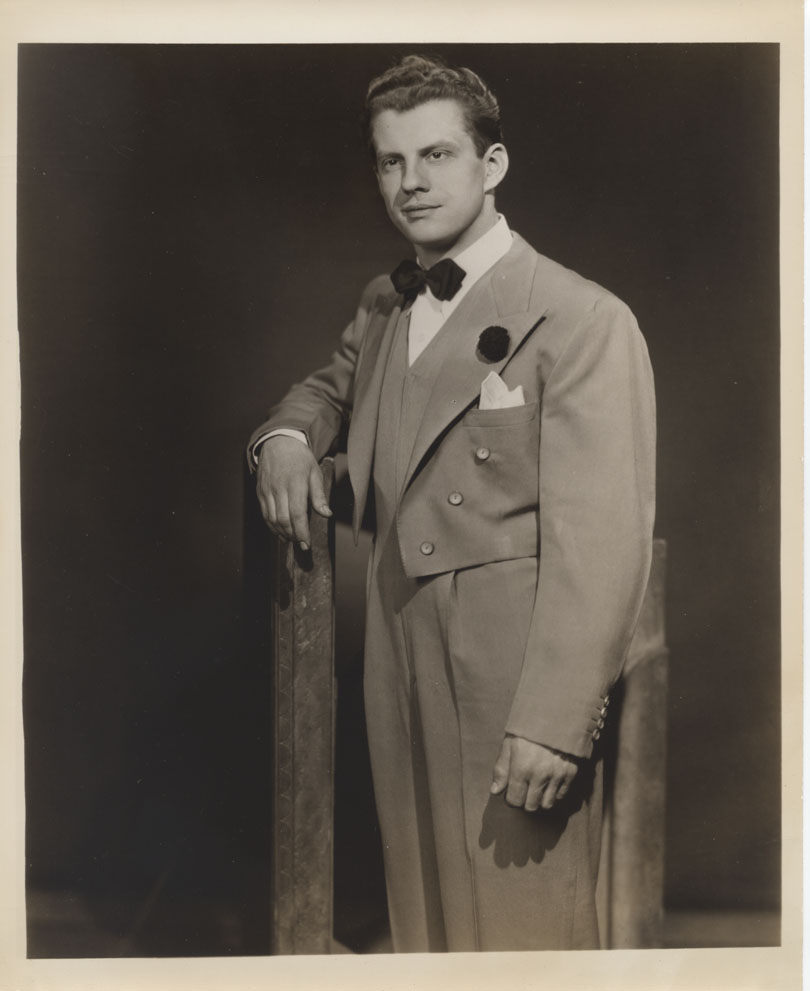 George Lerch was a popular juggler and slack rope performer in the 1940s, 1950s, and 1960s. He was quite skilled both on stage and on the slack rope. He juggled with balls, rings, clubs, devil stick, tennis racket and balls, balls and tube, and ball bouncing. One unique trick that George performed was to stand on a board balanced on a slack rope and bounce five balls off the board. Below are photos of some of his other unique slack rope tricks. Thanks to Alan Howard for providing some of the photos in this article. 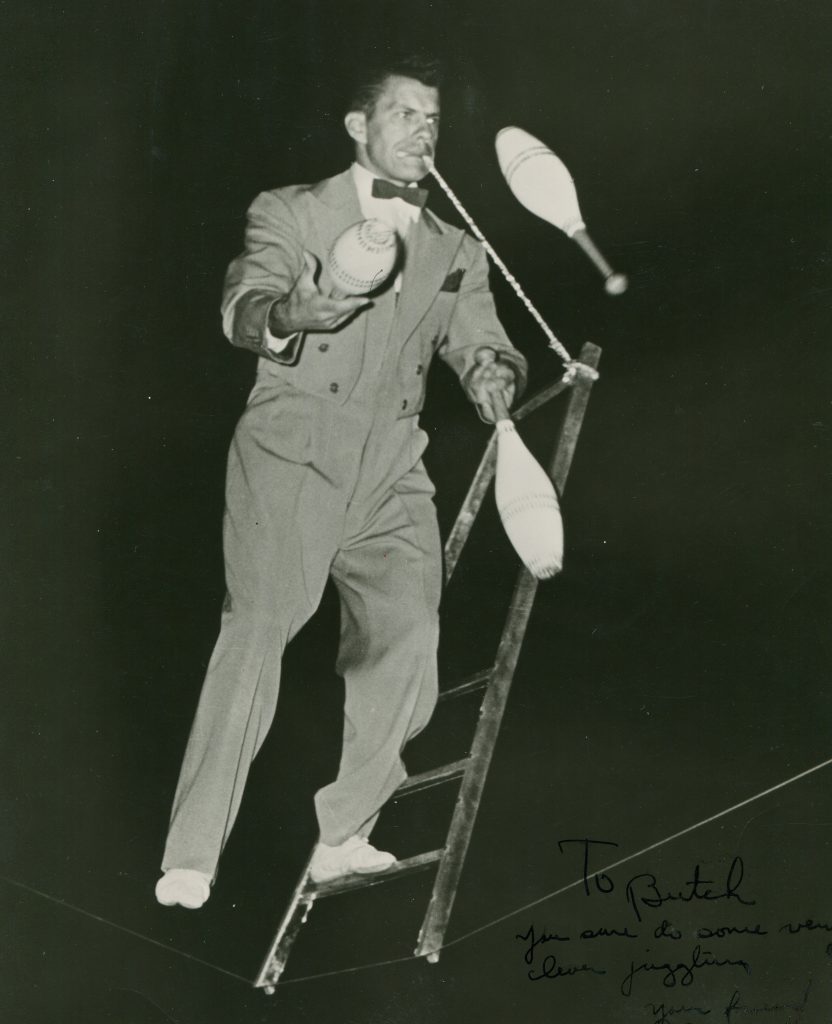 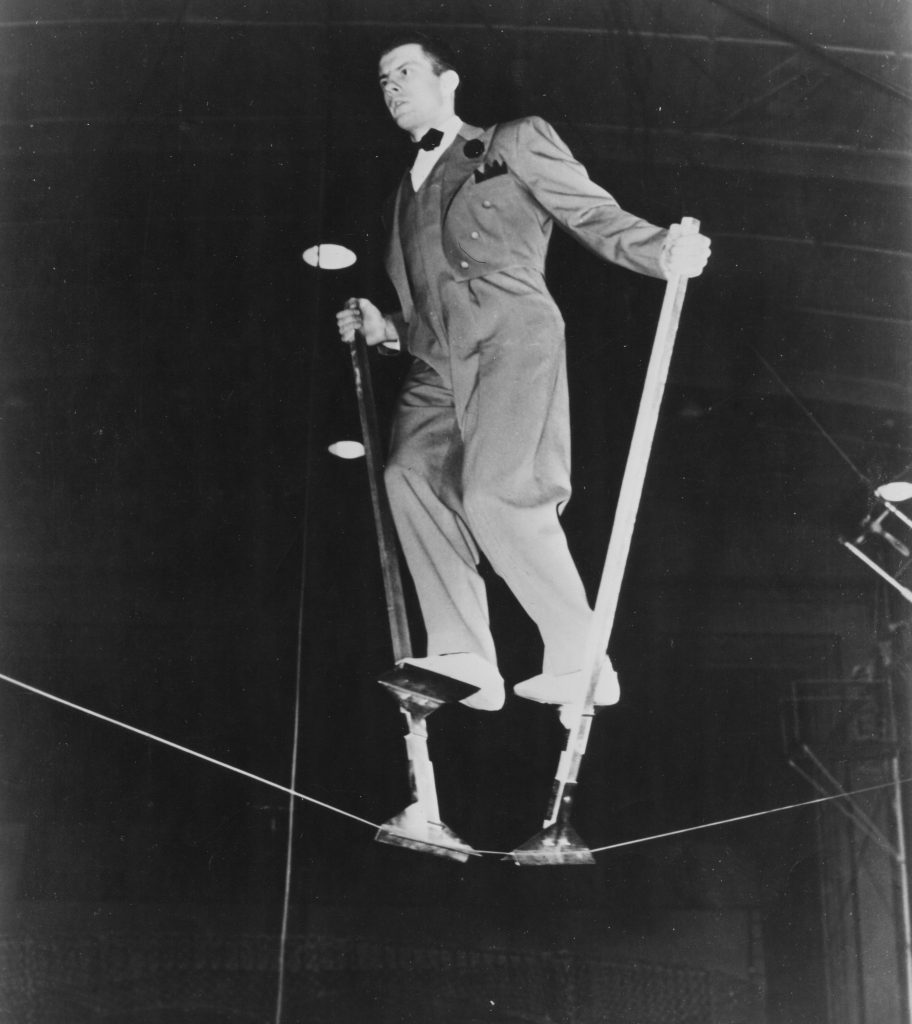 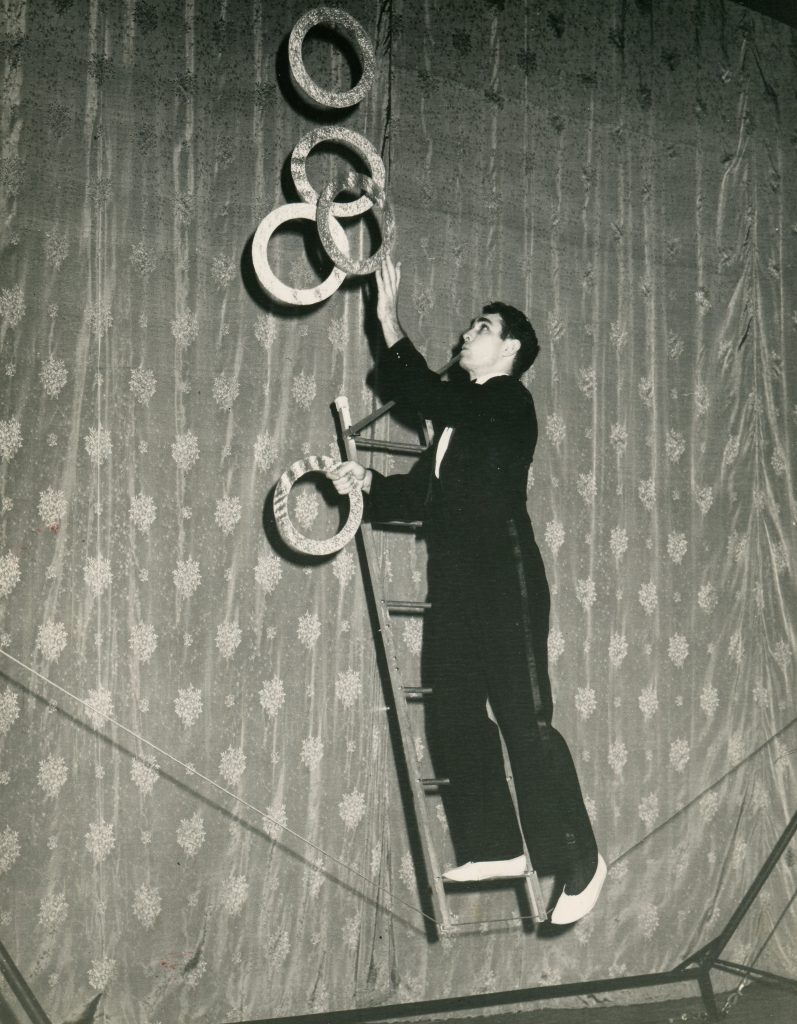 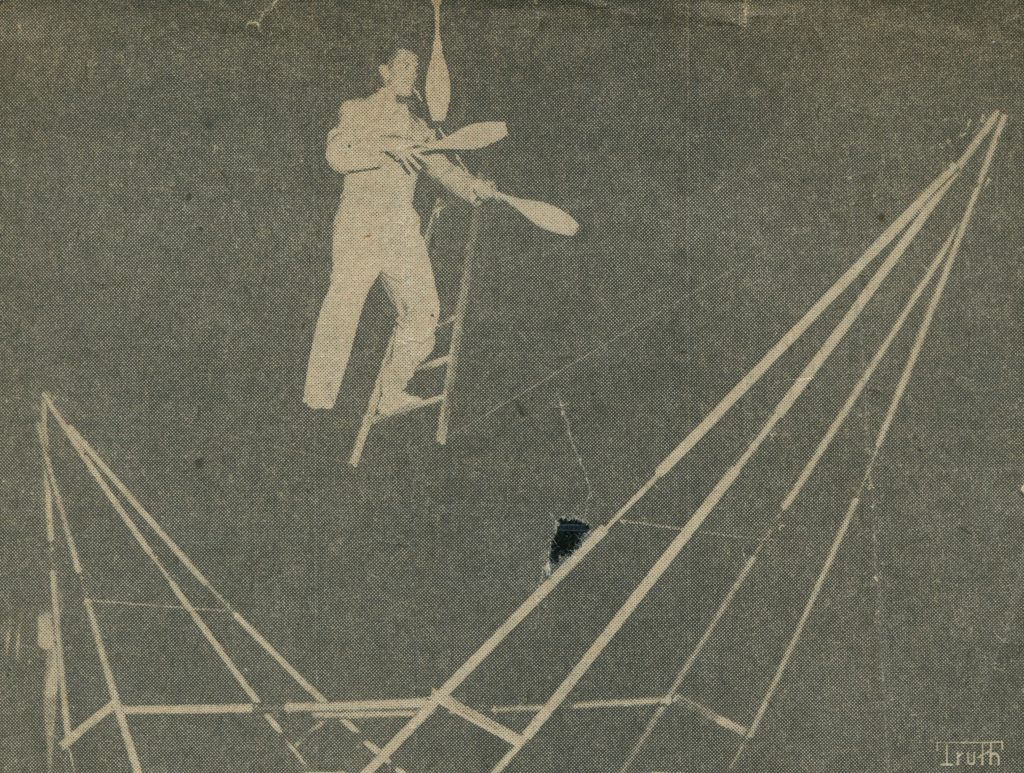 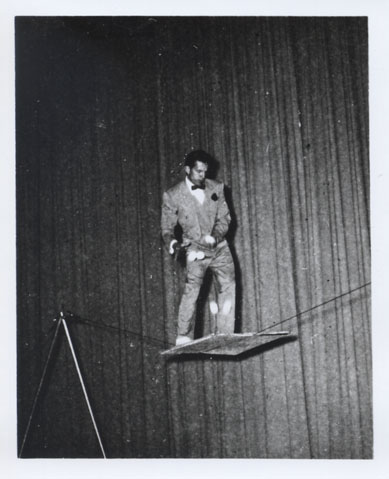 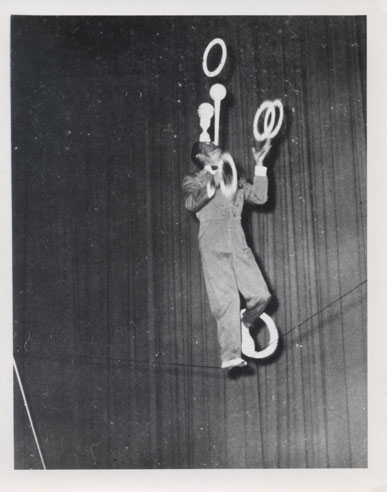 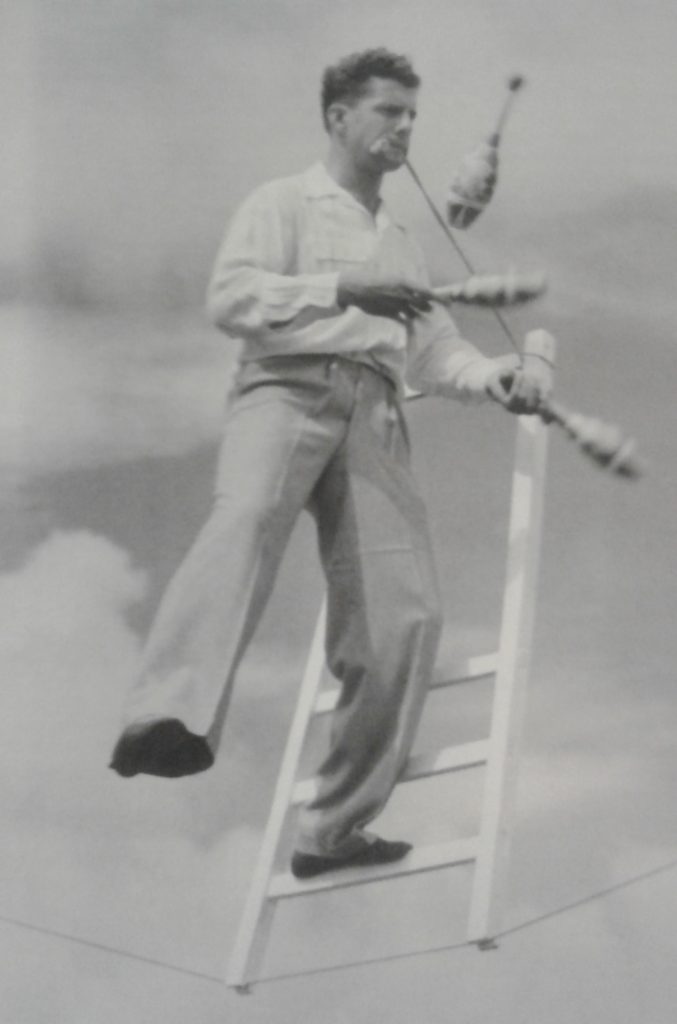 Later in his career, George specialized in performing a strobe light and black light juggling act. You can see photos of the blacklight portion of the act below. 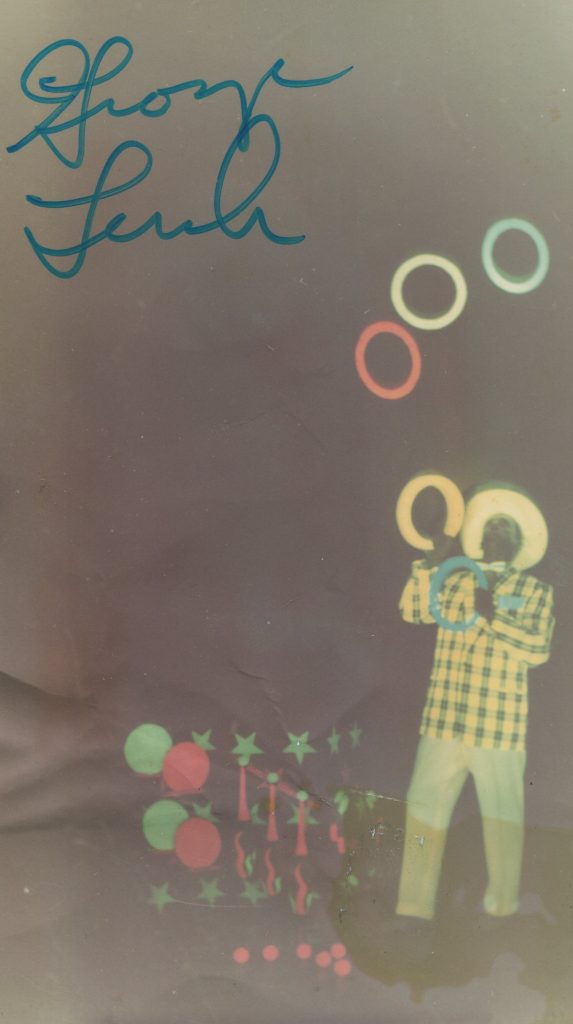 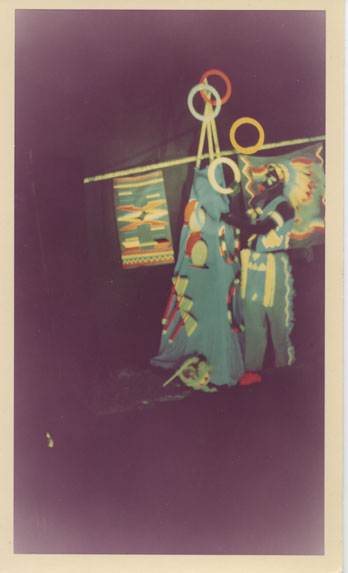 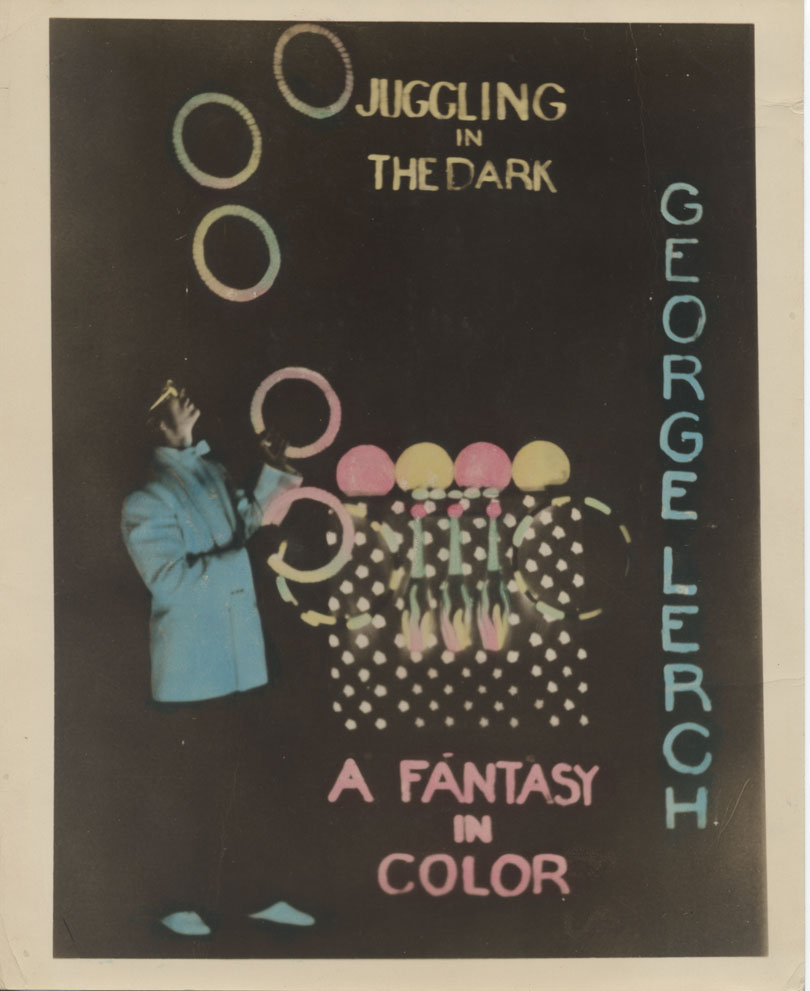 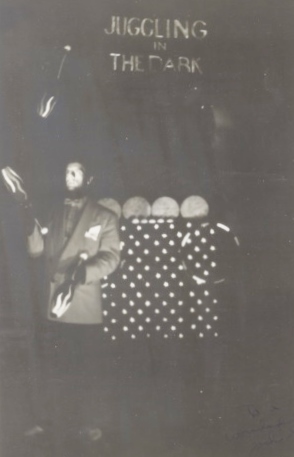 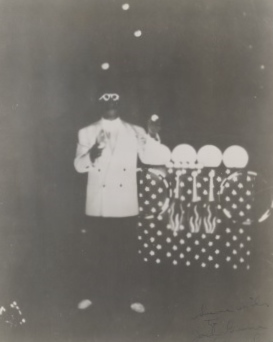 George was a former Air Corps Staff Sergeant. He and his wife Millie lived in Cleveland, Ohio (USA). George was forced to retire from performing after a bad fall from the slack wire, which left him with continual pain the rest of his life. After his injury, he worked as a security guard for the Cleveland Museum of Art. George passed away on May 26th, 1975. 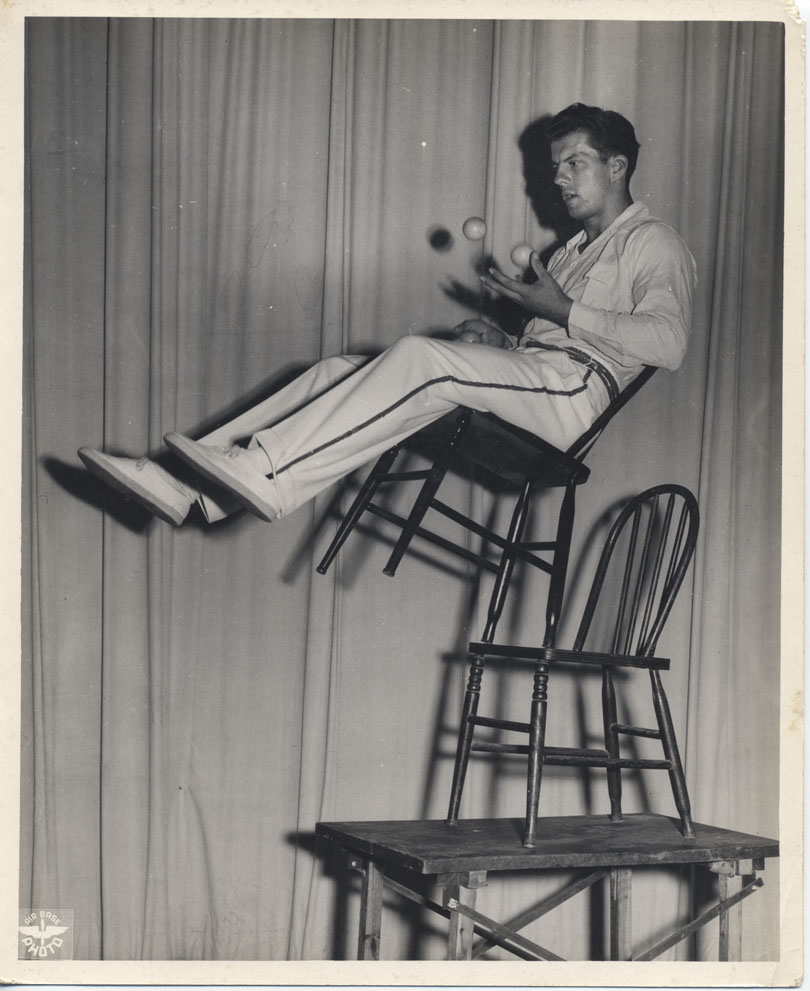 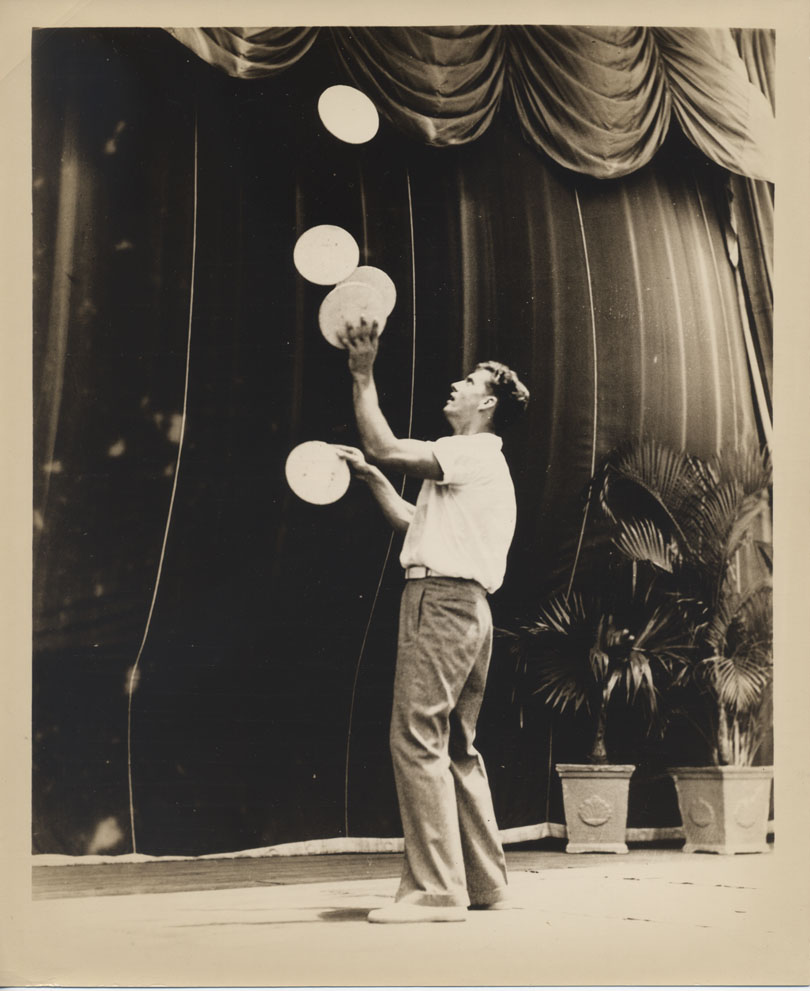 Some of George Lerch’s props, along with his slackwire shoes, are on display in the Museum of Juggling History. You can see them below. 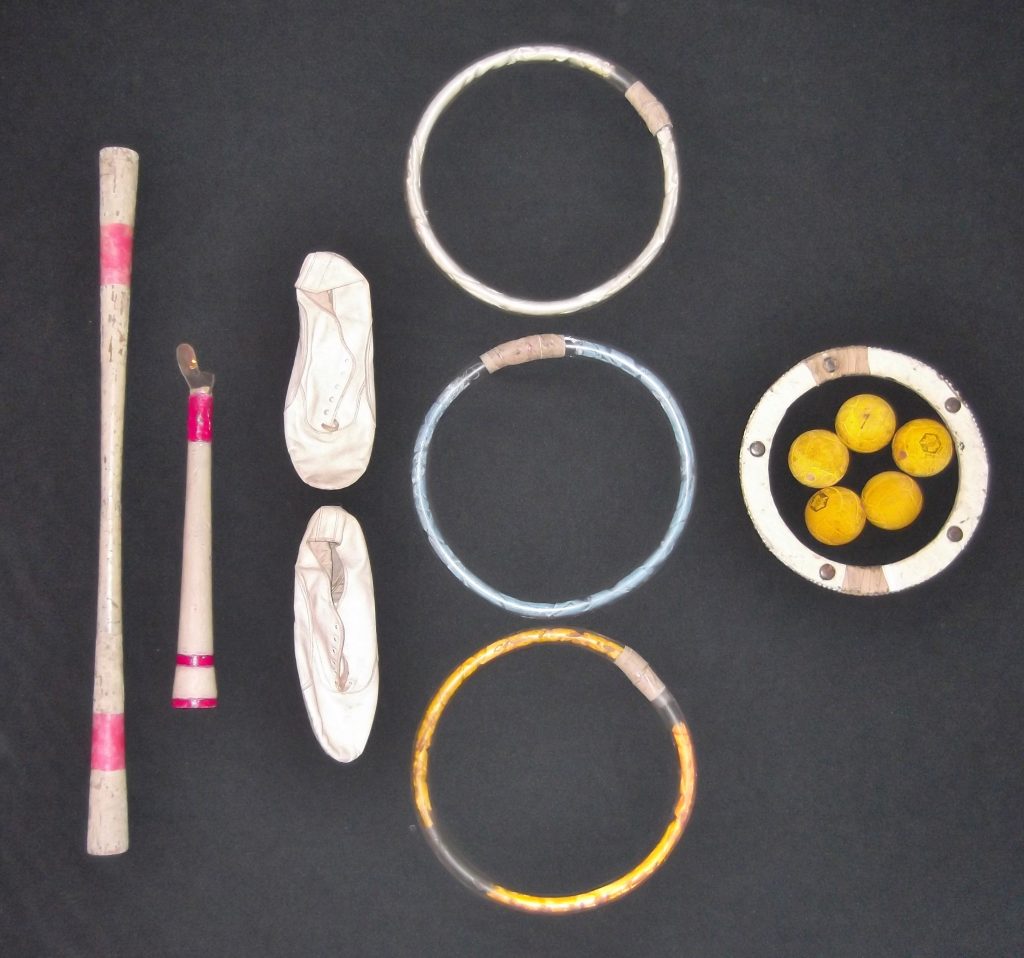 Below is a video of George Lerch that I’ve compiled from old IJA Convention videos, made public for the first time here.